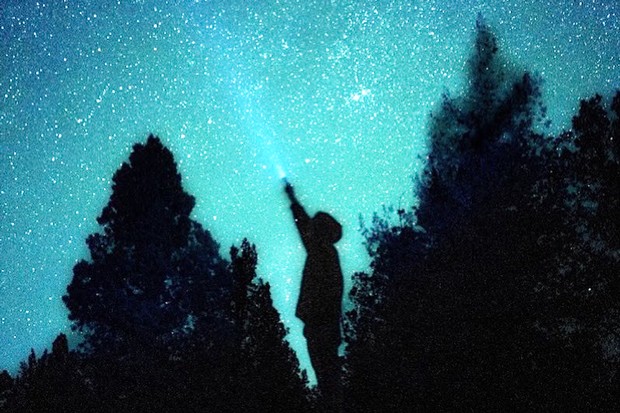 In response to, "What do you think? Seattle becomes the first major American city to ban plastic straws and utensils," 7/3 at Facebook.com

I think it's great and a step in the right direction. As more cities and counties do this, it will prompt the production of even more alternatives.

Just went to Maui, all of the straws are made of paper. Didn't take away from my enjoyment of beverages in the least. I don't see why all coastal states wouldn't make the change.

We truly don't need straws 99% of the time. Use your mouth to drink that beverage! Why anyone (besides those medically benefiting) fights for straws is beyond me.

I applaud this! Especially when I became aware of what is in the ocean and that ocean mammals and birds are dying because they eat the plastic!

As adults they need to pay for all associated costs. Fire, police, power line repair and so on. Make an example of them!

Aerial fireworks are illegal, but cops do nothing until it's too late. The fourth sounded like a war zone with all the mortars going off. Good job bend PD.... Way to be reactive, proactive is preferred.

I have a burn on my head from an ember falling on it. Kid you not. This was reckless endangerment at best.

Good job authorities in catching them. Dumb-asses that did that deserve a very harsh punishment!!!

When the Washington Family Ranch first rolled into the area, they requested some exemptions from land use law. Their manager asked locals please not to fight the exemptions, and, in return, they promised never to ask for any more.

But just a couple years ago, the Young Life Ranch came calling to the Antelope City Council to support their effort to exempt the Ranch from all state land use laws. In the meeting, they openly reneged on their deal with the locals — and perhaps to all Oregonians. As the Lord taught them, you better get it in writing, sucker!

Young Life got the legislature to get them out from under state land use law — though the measure had to be broadened to include all "youth camps."

Some environmental exemplar. What Sheela and The Guru couldn't do with guns, Young Life got with pull and sharp dealing. Praise Jesus to you, too!

In response to, "Fellow Councilor Calls For Boddie to Step Down," 7/9 at Bendsource.com

Individuals and their respective communities around the country, including Bend, are now experiencing the backlash of #MeToo. I understand the original intention and significance of its creation but at this point I can say it appears to have become a platform to defame and essentially ruin lives literally ruin peoples lives which not only includes the reputation of the alleged but subsequently their relationships and careers.

More than ever society is being faced with a multitude of He Said, She Said who do you side with men or women? Neither, for me. I look to my own personal experiences with the individual (man or woman) as well as how I have observed their interactions with others.

And, a man who lacks the social skills to court a woman (ie: make a bad pass) does not constitute sexual assault. But how strange that today, a compliment or even a single invitation to go out for a drink, dinner or some social event could get a man into trouble if the woman felt so-inclined He said, She Said.

I would assume most of us have a moral capacity to distinguish between sexual predation and a good mans uncharacteristic bad moments? And, societies do make moral distinctions between various crimes. A murderer is worse than a thief. A drug dealer is worse than a user. And so on.

Unfortunately, we are now starting to see examples of He Said, She Said occurring in our local politics. The current allegations against the House 54 candidate have me feeling sick and saddened as I watch my community divide.

The young environmentalist, Moey Newbold, claims that House 54 candidate, Nathan Boddie touched her on the rear while in a bar in 2012. As of late the candidates emphatic denial has not been enough to squash the allegations and his rebuttal has been labeled as character assassination. This seems unjust.

I will say the most shame though should fall on the organizations and former supporters who have prematurely chosen to pull support for Nathan Boddie based solely on allegations. I would ask all to reserve judgement.

From what I know about Nathan Boddie he has done many good works for the Bend community through service as a city councilor. His care as a physician to medically complex patients and to those suffering from alcohol/substance abuse and mental health disorders remains commendable.

Pictures speak a thousand words: kudos to movie critic Jared Rasic for "East Meets West," his insightful column aimed at shedding light on misperceptions about Muslims. To further guide your readers, note that all these movies can be rented at Amazon.com; some are also available on YouTube.

A tip of the hat to the SOURCE for carrying what, in my view, offers your audience a vital window on our world.

Lynn: You can also rent some of those movies at our local Blockbuster. Yes, a local movie rental place! For realz! Thanks for recognizing this vital window. Come on in and grab your gift card to Palate.