The Bend Hum, Naked Bike Correction and In Response to... 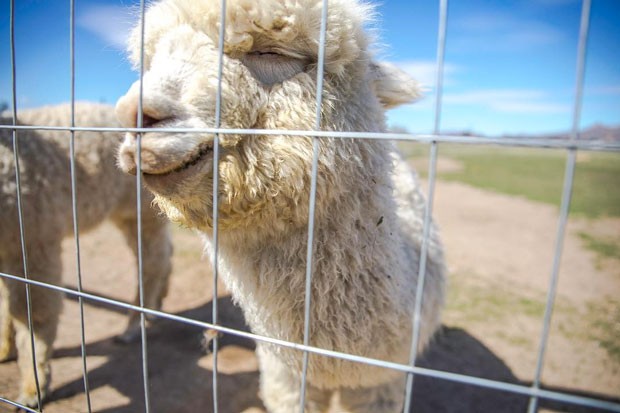 I've noticed over the last year a distinctive, incessant industrial-like hum/pulse in NE Bend and at my house particularly. I've tried everything to find it to no avail until last night. Some of my neighbors can hear it and so I wonder how many other people can hear it and are bothered by it?

I've tried: turning off my electricity, still hear it. Shut off my water, still hear it. Had Pac Power come out and inspect the nearby generators and lines to the box. They sprayed the box with insulating foam, still hear it. There are no overhead power lines in my part of Boyd Acres. Had my hearing checked. All normal. Had an MRI to make sure it wasn't a blood vessel clogged or tumor pushing into my hearing canal. All clear. Had a roofing guy come out, nothing vibrating on the roof. Had an insulation guy come out, everything full cavity fully insulated. Searched the neighborhood for burnt out street lights. Found one and reported it, hasn't been changed yet. Went to city hall to see if there are utility easements nearby-nope! It could be HWY 97 and so got some window bids. Changing out my windows to different thickness for each pane would be about $15k and might not solve the problem. Other cities have reported similar hums...there is a Taos hum and Bristol hum. Some people have reported that better windows can make the problem worse as it blocks out the other sounds/white noise and the hum is more pronounced. This affects the quality of my sleep big time. I've tried earplugs which don't help. And spent hundreds of dollars on various white fan noise machines. One good contact came when I reached out to the Utility Dept to see if the water pressure was too high. That's all good, but he was very empathetic as he'd been hearing the sounds too (for years) and went through all the same motions as me including the MRI! After He had traced it to the trains idling on Norton street near Revere. He told me that he'd contacted the ODOT about the issue and would they mind not idling the trains. Well, they didn't have time for that nonsense. His theory is that the basalt layer underground acts as a sound transmitter and delivers an idling sound that comes up from the bottom of the house. Sounds like a truck idling in the back yard ALL THE TIME. I just went down to Norton tonight and can confirm that's the sound (or something almost identical) I'm hearing over a mile away!

Anyone else hear it?

Thank you for printing my letter last week in which I made an arithmetic error: Bend's per capita Second Annual Naked Bike Ride attendance was one-ninetieth of a percent, not one-nine-hundredth of a percent. But it is still shamefully small and the conclusion is still correct: Bend needs 440 more riders than it had this year to equal Portland's level of enthusiasm for true freedom. RIDE NAKED—BE ECSTATIC!

Thank you so much for the article "The War Wages On" about the scope of the opioid crisis across the nation and here in Central Oregon. What I most appreciated was the portrait of a person who in many ways could be the poster child for the values of this region: an ultra-runner/real estate agent, what could be more Bend than that?

It is time to end the hyperbolic stigmatization of addicts and alcoholics as slovenly ne'er-do-wells and start waking up to the fact that we are your neighbors, your daughters, even your grandparents. The more the media portrays those struggling with addiction in a polarized manner, the more shame is entrenched, and the less likely addicts are to seek help. Just because half the town downs a growler every night but manages to get up for work the next day, doesn't mean that we are not all somewhere on the spectrum for addictive and destructive behaviors.

I recently returned from inpatient rehab (round two after two years sober and a protracted nosedive with booze after Christmas), where I experienced firsthand the use of Medication-Assisted Treatment in the form of Suboxone for the majority of clients recovering from opioid addiction. Suboxone (brand name for Buprenorphine) is a partial opioid agonist, meaning it fills the same receptors and activates them to a moderate degree, which reduces cravings and prevents overdose, or even euphoria, if opioids are reintroduced. At first I was skeptical and prejudiced. I snidely remarked "it's just trading one drug for another," a feeling that I discovered is widely shared by both the recovery and medical communities.

And then I did some research.

Those on Suboxone or Methadone are 50 percent more likely to stay in treatment and stay sober, and studies in Europe have shown MAT is actually more effective than group/talk therapy in a cohort of patients who were given one or the other. Yet only a small percentage of treatment programs in the US offer MAT. Instead the majority (85 percent or more) of rehabs adhere to the abstinence-only philosophy promulgated by 12-Step programs. The most devastating aspect of this hardline approach is that many of those who become abstinent in rehab overdose as soon as they start using heroin again because their bodies no longer have tolerance, and multiple studies have shown that over 90 percent of opioid addicts (not on MAT) will relapse within weeks of treatment. Opioids are not alcohol, and to treat it the same is not only doing a grave disservice to the victims of this epidemic, it's literally killing people.

So, where can you get Suboxone in Central Oregon? Pretty much nowhere. My rehab was unable to set up continued care with Suboxone for a fellow patient returning to this region, and an internet search brought up only three prescribing doctors in Bend, some of whom might only use it for pain, or likely require time-consuming outpatient treatment to "qualify" for help.

Obtaining a license to do so requires a mere eight hours of training. Doctors, where are you? I thought you were in the business of saving lives.

What's holding you back? Is it because addicts are a bunch of lying thieves? Don't worry, here in Bend we're ultra-running real estate agents.

Laurel: Thanks for sharing your story, and for calling attention to a possible solution for this problem. Come on in for your gift card to Palate!