Jared Rasic's review of "Death of a Nation" and in response to... 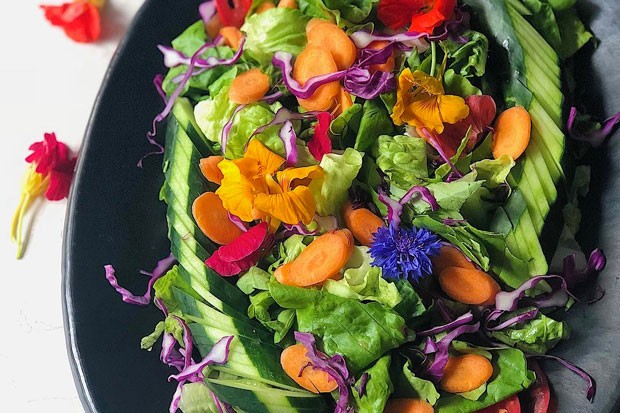 Tori Pearce, you clearly live in the paradigm where someone else is going to fix this for you; where you have no agency and little things don't count (because they're just so darn inconvenient). I cannot fathom what you think I should be doing about the "larger problems causing global warming"... stopping airline traffic? Shutting down coal mines? Firing Trump? The real question is: What are YOU doing about the larger problems that you feel you need to shut down people who are resisting apathy by acting, in their own community, no matter how small the gesture? When enough people do small things, they add up to big things. So here's to all the vigilantes out there!

In response to, "Walden Should Follow Through on Debating McLeod-Skinner" on 8/9

Walden knows that McLeod-Skinner will have him on the ropes if he debates her. He should cowboy up and agree to put his policies and plans up against hers. If he doesn't, he'll prove that he doesn't want voters to have a choice in November. Who's he representing?

Walden seems to be afraid of McLeod-Skinner. Walden has basically had a free ride all the years he has supposedly represented his district. Sadly, he seldom represents the demographics of his district. In voting against the ACA and other safety net programs, he simply thumbs his nose at the majority of folks in his district. Now he occasionally shows up in the public because has a formidable opponent. Man up Greg Walden! Put on your big boy pants and debate McLeod-Skinner. You owe it to the people in your district - not the DC and Trumpette crowd.

While Walden states email is his preferred contact method neither he nor his office responds directly. A robotic auto reply is all I have received. Greg used to get my vote but hasn't for some time now. He no longer truly represents the people in his district.

Jared Rasic's Review of Death of a Nation

I have enjoyed Jared Rasic's movie reviews. Unfortunately his review of "Death of a Nation" is all opinion, ironically titling his review "Modern Propaganda" while showing his far-left bias.

I have never seen either a Dinesh D'Souza (director of "Death of an Nation") or a Michael Moore movie. However, from all I have heard / read about their movies, D'Souza expresses a conservative viewpoint (bias?) and Moore a liberal viewpoint (bias?). Rasic says that documentaries don't need to be unbiased (I agree) but goes on to accuse D'Souza of playing fast and loose with the facts while praising Moore for taking on hot button issues to get the truth behind the rhetoric.

If one were to Google reviews of Moore's movies, I'll bet one would find that many factual inaccuracies are pointed out. Rasic effectively accuses D'Souza of lying several time in his review (in addition to being manipulative and destructive); yet he does not include a single example of an inaccuracy. Seems he believes expression of any conservative viewpoint is by definition "Propaganda."

I'm not clear about what Rasic' means by his reference to the movie being a presentation to "the white middle class from the safety of a bomb shelter." But it feels like another leftest shot at being white and middle class. I confess; I am that and male too! So I must be racist, homophobic, Islamophobic, sexist, anti-immigrant, etc, right Mr. Rasic?

Bob: Glad to see people actually attempting to engage in the political process. Sorry it's been difficult... If it's any consolation, come on in for your gift card to Palate!