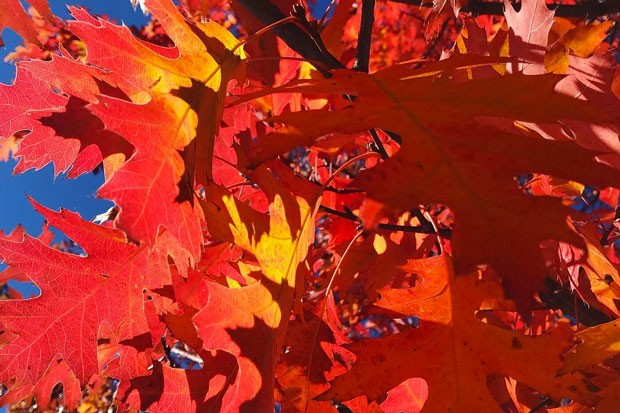 In January 2015 the Republican Congress closed the U.S. Post Office sorting center in Bend. As a result all letters mailed in central Oregon now go to Portland or Eugene to be sorted and sent, including those destined across the street. Not only did postal workers lose their jobs but delays in receiving mail were inevitable and in some cases ridiculously long.

I called Congressman Walden's office to ask why this was done. The assistant I talked with said it was because the U.S. Postal Service was inefficient and costs needed to be cut. I asked what effect the fact that the Republicans required the Post Office to fully fund the pension program for 70 years made on the task to balance their budget. What other federal agencies were made to meet this requirement? I was told there (were) many. I asked him to name a few. He couldn't. I asked him to name just one. He couldn't. I concluded that the reason that only the post office must shoulder this burden is that the Republicans want to set it up to fail so they can have a reason to privatize it, reducing competition for UPS and FedEx.

Later I asked both of our U.S. senators if there were any federal agencies besides the post office that had that pension burden and both responded that there were none. Walden's excuse for closing our sorting center was based on a lie. The Republican agenda seems to be to help corporations, not the public.

The spirited and informative debate between Congressman Greg Walden and Jamie McLeod-Skinner on October 5th revealed sharp contrasts between the two candidates.

Jamie spoke passionately about her travels across Oregon CD-2 during the last year and a half, and about conversations she's had with Oregon CD-2 residents. Congressman Walden alluded to "meetings" and "calls" with his constituents but provided few details, probably because he hasn't held an "open" public meeting or town hall in 500 days.

Jamie was animated, engaged and engaging throughout the debate. Congressman Walden showed some vigor when he bragged about his legislative accomplishments (incidentally some of his claims don't pass fact-checking—particularly his statements regarding the AHCA, CHIP and rural internet services), but his temporary displays of energy were overshadowed by his overly technical style of speaking and propensity to ramble.

As Jamie delivered a strong closing statement, Congressman Walden listlessly twiddled his thumbs, looking like he couldn't wait to sneak out the back door at KTVZ. Jamie's challenge at the Chief Joseph Days parade and a ton of persistence got Congressman Walden to show up on October 5th.  After watching the debate, I understand why he was so reluctant to participate.

Voting for Josefina Riggs for Redmond City Council means a vote for the person who has a unique depth of understanding of the population that lives near the poverty line and needs to be represented in conversations impacting the quality of life of this city.  We hear this phrase in a number of circles; "we need more affordable housing." That statement is meaningless unless it is framed as part of the conversation surrounding the financial reality of the people at the center of such a reference.  Josefina has a wealth of firsthand knowledge concerning financial situations of those who work minimum wage jobs and struggle to "make ends meet."  We need her voice to represent the needs of homeless, the handicapped, the elderly and the immigrant members of our community.  Please vote for Josefina Riggs to represent the rest of us as a member of the Redmond City Council.

Questions for the Candidates

a. Is there a way to better connect our bus lines, especially to getting to the airport?

b. The free shuttle: a joke, it's unaccessible (if I have to drive to catch it, it's not worth it), and it only covers a few blocks of downtown. What about extending it to cover instead places people actually drive to i.e. Mt. Bachelor, Elk Lake, Tumalo, La Pine etc.?

c. Can we get a street cleaner to come in every now and then to clean up the rocks off of the sidewalks and streets?

a. We live near the Old Mill District, so we would like —> more of them, enforcement by the Bend Parks and Recreation to keep them poo-free, a place where people don't feel they are in danger.

a. No, stop building, otherwise, we're going to become a San Jose/Portland, etc. (this is why we left big city to come to Bend).

Alexandra—For weeks we've asked readers to contribute questions we could ask candidates. Your letter represents one of the few efforts to that end—so for that we award you letter of the week. Come on in for your gift card to Palate!