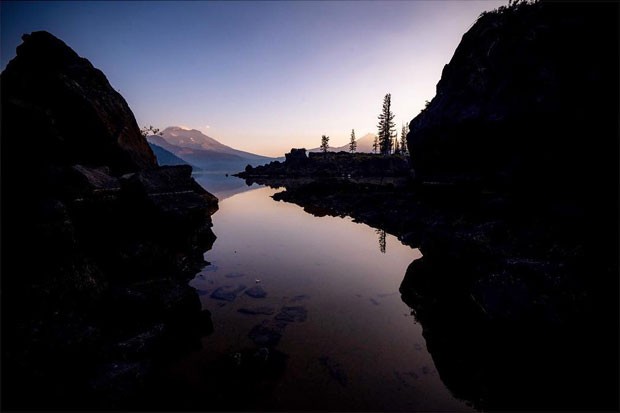 Hasn't every parent stated that declaration since you were a child? I have made many a decision based on this premise. Trust, friendships, partnerships etc. Are all based on one's belief in others' words.

Personally I have no friends who lie, and don't want any. I find lying and liars despicable, and feel sorry for those who believe and support those lies. Therefore I also find that in electing Donald Trump, who will say anything to attain his goals, and having a following that believes his every word, we must, at this time, challenge Mr. Trump (who lies 7-plus times a day, Validated! And call "a spade a spade.") He doesn't mis-speak, twist the truth, or speak untruths, HE LIES! Not "little white lies" but blatant lies, deceiving our whole country, or allies, the world.  What has happened to our reputation as leader of the free world?

What happened to our values?

Gender Cannot Be Defined by Genitalia

According to a memo leaked from our administration, the leaders of our country are aiming to change the definition of gender to "unchangeable, and determined by the genitals that a person is born with," thus erasing rights and protections for transgender children and adults in our country. They are blindly destroying millions of lives without an ounce of consideration for the victims of their mandates. How can they sell this as a harmless move toward linguistic clarity when I can plainly see that it is a methodical ploy to sabotage my child's future by stripping her of her rights, her safety, and her identity?  The explanation is simple: I love someone who is transgender, they don't.

Changing the legal definition of gender is social genocide for transgender people. This seemingly simple redefinition of gender translates into excluding transgender citizens from civil rights protections set in place by our previous administration, including Title IX and Title VII. It would give employers the authority to freely discriminate against transgender employees without repercussions and allow discrimination against transgender students in federally funded education programs. The government has a fundamental right to protect all of its citizens, yet our administration believes that people whose genitals match their gender are superior to millions of people, including my child. What's beneath my child's underwear does not dictate who she is; her heart and her mind do. Scientific studies have shown that transgender identities have biological roots and that gender is not binary. While these studies help fortify my defense of my child, they aren't really necessary; my child is clear about her identity, and that's all the proof I need. Removing federal recognition of the transgender population is hateful, careless, and remarkably destructive, and the inhumane treatment of these citizens will undoubtedly trickle down into communities across the country. The march for civil rights should always move forward, never backward.

I know that this issue won't personally impact most of you, but I say this to you: the rights and social existence of someone I love are on the butcher block. Don't look away. Take a moment to think about how you'd feel if someone you loved was facing the same assault. Maybe take a moment to soul search and face your own gender stereotypes and confront the uneasiness you may have about people who are transgender. They are worthy of love, belonging, and equal rights, just as we all are. We may not be able to stop these proposed policies from becoming law but we can change how we treat transgender people in our communities and in our families. It requires self-work and a willingness to change. Accepting that transgender people are a valuable part of the fabric of our culture might take some personal courage, but it pales in comparison to the amount of courage it takes for a trans person to own who they are and step out into the world, stating their worthiness, their right to belong, and their fundamental right to be a protected American citizen.

—Parent of a transgender youth in Bend

(Editor's note: While we normally require letters to be signed with a person's first and last name, we've made an exception in this case, to protect the identity of a young community member and their family.)

By now if you are paying attention and are really honest with your entire self, you have to conclude that the Republican Party's agenda is: To "give the upper income earners and corporations large tax breaks, while giving the rest of us minor TAX breaks, OR AS REPUBLICANS SAY, "Trickledown economics."

This is why we need taxes. Taxes are the dues we pay to live in a society where we are provided services that will benefit all. Like: Police protection, education, fire protection and for a government structure that keeps society functioning, we, as a society, have decided that there are some activates that benefit all, so all of the citizens are assessed an amount that will pay for these actives. The Republican moto is "vote for me and I will CUT TAXES." Looking back and history will tell us that they really mean "we will cut taxes for the upper incomes, corporations and services they do not use." Example, Education. They continually cut education funds because they send their children to private schools. That is why they like "charter schools."  Because this funnels public funds to religious and private schools. So if taxes are so bad then let's eliminate them! We cannot do that because who will keep the streets open, protect my property, put out fires and so on. Well there are some people who get these benefits without paying their fair share. Who are these free loaders you say, well our president boasted about how he does not pay any taxes because he has a "good tax attorney." So he has admitted that he is a billionaire getting welfare!! What do Republicans stand for? Vice President Pence said when he was sworn in as vice president—and nobody paid any attention to—he said that he had three priorities: his first one was "TO GOD," second "TO THE REPUBLICAN PARTY" and third was "to the People." Think about this, God has nothing to do with government and the people should come before the party. What Republicans want is for the middle and lower income people to pay their society dues!!

This is all about Trump style aggressive business tactics. In no stretch of the imagination does Cascade Armory pose any form of financial threat to Under Armor. It is doubtful that they (Under Armor) can actually prevail. The words armor and armory are common usage in the English language. Under Armor is depending on the high cost of defending their cease and desist order will prevent further litigation. Similar tactics have been employed by Starbucks and Fresh Mex.

I have never bought any products from Under Armor and definitely never will. I would support and encourage a go fund me effort to raise defense funds for Cascade Armory.

Bob: As a word nerd, I appreciate you pointing out the ubiquitousness of the two words in question. You win letter of the week! Come by and grab your gift card to Palate.