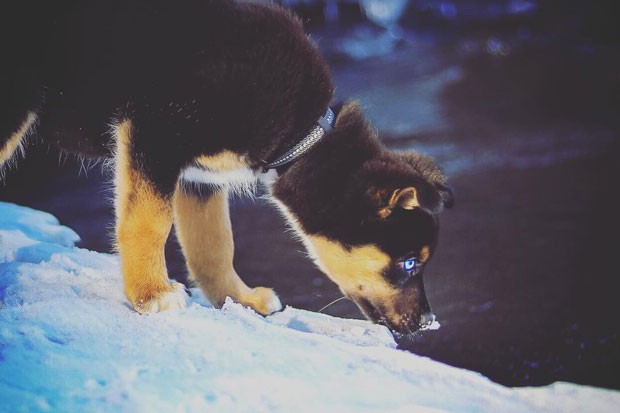 In Response to, "Big Changes to Well Traveled Trails" on 11/15

My biggest problem with the trail permit system is the financial aspect. If this was all about preserving nature, there would not be so much money involved. To me, it is obvious that this is a money making scheme to simply capitalize off of the most profitable thing here which is the nature. Look at what the entire tourism industry is built around in Bend. Tourism exists here primarily due to the fact that this town is beautiful with amazing mountain views and gorgeous nature everywhere. Think about how much money this is going to be in the long run when all of these trails cost something. To me, this is a sickening thing to think about because nature is sort of like the air we breathe. It is meant to be free, for anyone to enjoy without discrimination. When I first moved here I literally had nothing. Being able to enjoy nature in my new home made it worth it to me. How are these trails fair for the people who live here? They are turning what was always meant to be free into a payment per trail amusement. If you are sick and tired of the elites supposedly "ruining" Bend, maybe we should all think about the impact these new regulations are going to have on our way of life.

Why not charge out-of-town users of our trail system and allow locals to continue accessing them for free? Since overuse is only an issue during peak season (i.e., tourist season), it seems pretty obvious that any problems are coming from these marginal users. Make them pay for the costs they impose on our system.

In Response to, "Bend Beats Out Redmond For Affordable Housing Program" on 11/20

In Response to, "Nonprofits Should Listen to Their Communities. St. Charles Didn't" on 11/7

With the facilities operating at 50% capacity and the numbers declining over time it seems prudent to evaluate the need for such capacity. A 20 person task force representing a number of stakeholders, including staff, would appear adequate to reach a fair and balanced conclusion that best serves our community.

The recent announcement about the closing the of the Redmond Birth Center has me worried. As many of us know, St. Charles holds the monopoly when it comes to health care in Central Oregon and they claim that the closure is for financial reasons. Finances aside, this closure means that there are now even less options for birthing families. Deschutes County currently has two hospital locations, one midwife owned birthing center and six home birth midwives. Central Oregon is growing in numbers daily and St. Charles has decided it would be in the best interest of our residents that they close one of the two hospital birthing locations. Other Oregon counties similar to Deschutes' population have at least two hospital choices that are governed by separate entities. I have met many families who have chosen to drive past the Bend location so they can birth in Redmond. Why? Because Redmond offers a different experience than Bend; not to mention lower caesarean rates. Redmond's birthing center takes a hands off approach, letting the mother labor how she chooses while being able to offer medical help when needed. This is a desirable atmosphere for a family who isn't ready for a home birth with midwives but would still like the least interventions as possible. Experience and feeling safe are both important components when bringing a baby into the world. The closure of the Redmond facility may lead families to make hard decisions that could affect them in more ways than one.

Hahahahaha, owning a car means having a license that you have to take a test for, insurance that you have to pay every month, and up to date registration. That seems perfectly reasonable to apply to owning firearms. First letter writer doesn't seem to prove his own point very well...

Jessica—pointing out these types of inconsistencies in regulations nearly always earns letter of the week. Come on in for your gift card to Palate!