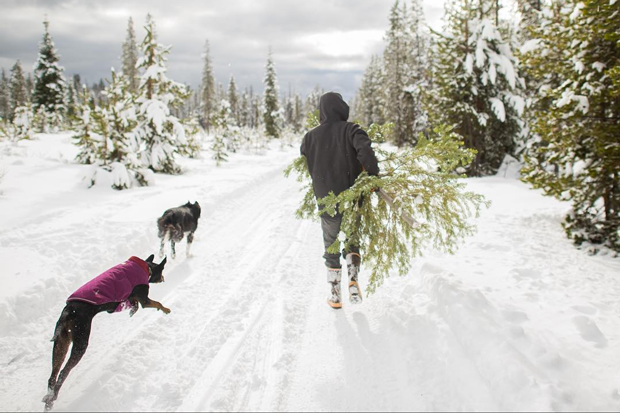 Jack Zika, our newly elected state representative, wants to increase local control over land use decisions and will work to make it easier to expand the Land Use Boundary. "Local control" in Deschutes County has resulted in sagebrush, sub-divisions, high end sub-divisions for the wealthy (Destination Resorts) and expensive sub-divisions west of Bend which are located in wildlife zones and forested areas. These areas will probably see fires similar to what we now see in California.

The Urban Growth Boundary was created in the 1970s as part of Oregon's land use laws and was designed to prevent urban sprawl and maintain a "green space" around cities. A study of the "rural" lands outside of Bend's Urban Growth Boundary will show that individuals have found numerous ways to avoid the intent of the law to develop in our "green space." Various organizations, such as the Bulletin, have long fought to weaken the concept of the boundary. They believe eliminating the boundary will result in lower housing costs which will benefit needed workers such as teachers and firemen.

A more probable result of this action is that it will attract even more people to the area, thus increasing sprawl and the need for more schools and infrastructure and taxes. Who can guarantee the new residents will be trained in the vocations needed by the community? Our business and political leaders have chosen to market Bend as a resort-tourist oriented center with Destination Resorts, expensive sub-divisions, "boutique" hotels and actively recruit newcomers having buckets of cash equity. Locally born individuals making $12 to $18 per hour in the tourist trade cannot compete with the wealthy newcomers and will never be able to afford a $200,000 home. Local political and business leadership needs to look in the mirror to see who is partly responsible for high housing costs.

At least two former Republican stalwarts have refused to succumb to TGCS(Trump Groupie Coma Syndrome), namely George Will and Max Boot. In his new book, "The Corrosion of Conservatism, Why I Left the Right," Boot states that the overt racism just beneath the Republican Party's surface has had more to do with it's electoral success over the years than anything else and is the single most important factor in explaining the unfortunate phenomena of "the rise of Trump."

The Republicans have always known what the rest of us have chosen to deny or ignore: that our American society is pervasively racist. Giving credit where due, Trump recognized this and targeted racists, bigots and xenophobes with his Hitlerish campaign rhetoric. And the rest is, sadly, history.

Boot says a lot of people vote Republican simply because of the party's racist positions, not because they love supply side economics or support NATO. In Trump, the right finally found someone who seemed to champion the interests of white people to the satisfaction of the wacko extremists.

Boot points out that Republicans have been appealing for white votes over the years with coded racial appeals, such as Nixon's Southern strategy, and Reagan kicking off his election campaign in Philadelphia, Mississippi, and the Willie Horton ad from the George Bush 1.

But Trump is the first to fully deliver on the Republicans' White Power agenda. Before Trump, Boot describes the Republican Party as "a majority conservative party with a white nationalist fringe." With Trump, Boot says the party has metamorphosed into "a white nationalist party with a conservative fringe." But the bottom line about Republicans, Boot says, is that they really don't have any principles or ideas, just like their mindless leader. The main reason most of the people in the GOP are there, according to Boot, is simply because they hate Democrats.

A country built on these kind of values surely can't be long for the lasting.

As a healthcare provider, I have to correct Mark H. Wagner's claim in his November 22 letter to The Source that "more people are killed by stoners and drunks operating motor vehicles every day than shooters in a year." His comparison suggests that the motor vehicle fatality rate due to substance use disorder is more the 365 times higher than firearm deaths.

Moreover the motor vehicle death data include accidents in which the driver was neither "stoned" nor drunk. The ratio of firearm deaths to motor vehicle deaths caused by inebriated/intoxicated driver is even greater than 40,000:30,000 and 521:336 ratios.

To rationalize his comparison, Mr. Wagner may want to limit "shooters" to just those committing mass killings. To do so ignores that every firearm death is caused by a shooter, whether one's self, someone else, or as a result of an accident. He insists that firearms "will never hurt anyone until a human takes control of" the firearm. Yes, each of the 40,000+ firearm deaths last year was human mediated.

One more fact should be recognized. The rate of motor vehicle deaths in the U.S. and Oregon have significantly and steadily declined during the past three decades. Firearm deaths have escalated nationally and in our state to the highest level ever recorded. If we are going to reverse this trend we first have to appreciate the magnitude of the problem. To trivialize it in any way is a ruthless disservice.

Archie: Thanks for your input. Since you didn't name a source, I looked up some stats, available for both categories only for 2016. According to the National Highway Traffic Safety Administration, 2016 saw 37,461 motor vehicle deaths. Centers for Disease Control and Prevention data indicates 38,658 gun deaths in 2016. While I agree that the "drunks and stoners" comment was likely erroneous and too over-reaching, the available data shows the numbers of motor vehicle and gun deaths are close, keeping in mind that those numbers include all motor vehicle deaths, and that the gun numbers include suicides.