In Response to, "The Commodity That Is Cannabis" on 12/6

Like you said in your title, cannabis is now a commodity and will be treated as such. The CEOs and investors of steel companies generally know nothing of welding, fabrication, or truly anything that has to do with steel other than buying and selling it. Why should it be different for cannabis now that it is being viewed as a commodity?

I wish it was different, as I do not feel cannabis can be thought of as a commodity the same way as steel, but we activists had our moment and it has been co-opted by business interests. 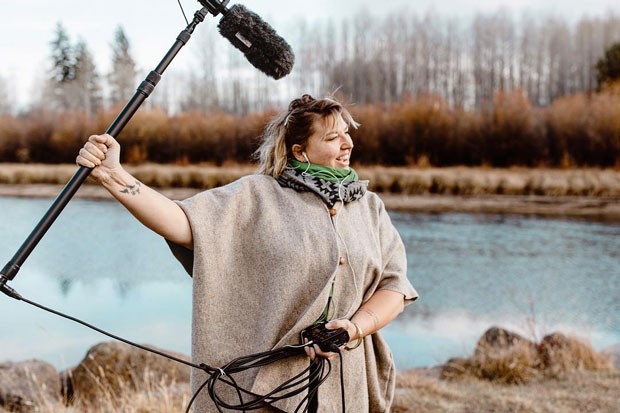 In Response to, "Skyrocketing Number of Cannabis Studies" on 11/21

Lovely with more research. But what kind of research? It'll be a waste of money not to focus many studies into fewer clinical trials of the 'Golden Standard' with placebo, blinded, cross over etc. and with more patients. We have enough small clinical trials, meta analyses, lab research — it doesn't help us to convince the skeptical health community.

I wanted to bring to your attention the air quality issues faced by previous communities we lived in. As residents of mountainous areas, we are subject to inverted temperature conditions commonly found in winter months during high pressure systems. Inversions cause cold air to sink and remain in place (ie stagnate) without gas exchange that usually allows local pollutants to dissipate and move on downstream in the atmosphere. In the summer, local vehicle pollutants can create heavy levels of surface ozone via reactions with sunlight.

Exposure to these pollutants is a well-known source for lung diseases and cancers.

In my previous residence in Salt Lake City, winter inversions allowed pollutants to build up into air quality levels rivaling the worst in the world. Lung disease has grown dramatically in Salt Lake and similar urban environments. As a young and relatively small city, Bend is definitely on-track to create similar conditions unless people make concerted efforts to reduce their emissions. Idling is very common here whether in the city, mountains, or in-between.

One source of local emissions is of course automobiles. It pains me to see our teachers and students subject to constantly idling vehicles twice daily at pick up and drop off. Local idling creates local micro-climates of dense pollution concentration. In winter this problem will likely persist without people being mindful of the air we all breathe, and so I would encourage you to investigate a national campaign to encourage awareness of this issue.

In Response to the Op-Ed re-titled, "Climate Change Action Should Not Be Partisan—Nor Ignored Locally," on 12/6

Climate change is definitely a bipartisan issue, though that has rarely been the case in our federal government's response to the climate chaos resulting from rising levels of greenhouse gasses. Citizens of the United States may not be feeling the worst effects of climate change (just ask former residents of the island nation of Kribati, who are losing entire islands to rising seas), but our country is one of the world's greatest producers of greenhouse gasses. Climate change ought to be the highest priority for every government official, at every level.

Citizen's Climate Lobby (CCL) is a national organization working to introduce and pass Carbon Fee and Dividend (CF&D) legislation. CF&D would put a fee on carbon at its first use. That fee would then be returned to the people in the form of a monthly dividend to offset the expected increases in costs for consumers. The increased costs, in turn, would catapult innovations and development of carbon-free energy and products.

In late November, a bipartisan group of representatives introduced CF&D legislation to the House. Thank you to Representatives Theodore Deutch, John Delaney, Charlie Crist, Brian Fitzpatrick, and Francis Rooney, who sponsored the Energy Innovation and Carbon Dividend Act, H.R. 7173. This is the result of years of efforts by CCL chapters across the country. Getting this bill passed will take great effort. The Bend CCL chapter encourages people to join Citizen's Climate Lobby if they want to take action locally and effect change nationally.

Emily and Dave: Since you both offered action-oriented letters this week, I can't choose one of you over the other. Two letters of the week this week, in the interest of getting serious and taking action around climate change! —Nicole Vulcan