Letter of the Year 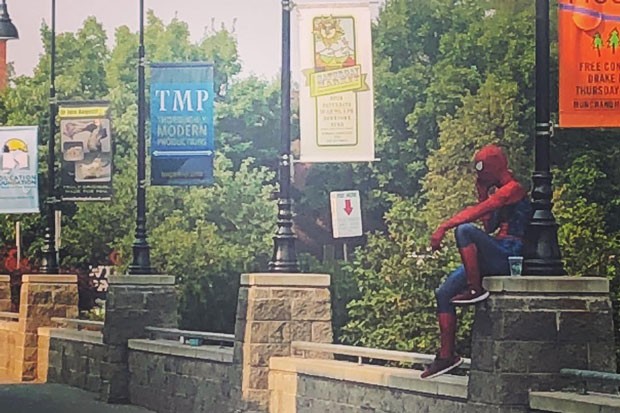 Editor's note: This letter was in response to another letter written by, we assume, the pseudonym of Daisy Ryder, who advocated Benditos shoot cats in the eye when they wander into their yards.

First off, I hope some hombre named Daisy Ryder didn't pull a fast one on a couple of tenderfoots over at The Source. A Daisy Red Ryder is an old model of B.B. gun. If he did, why... why, that would just be lower than a snake's belly! Bless your hearts.

Old Daisy's feathers got ruffled from months of reading about cats so now is the time for all good men to come to the aid of their backyard oases? Daisy's kind is legendary in these parts. You see, Daisy is likely a man. A man with issues.

Daisy doesn't like fat orange cats, so his reaction is to shoot them (Curiously, he probably voted for the fattest orange cat of them all in 2016). Angry old white man with issues. Annie, I mean Daisy get your gun!

Instead of dealing with an animal problem like a reasonable man, Daisy asks other Disgusted and Fed-Up People to join him in aiming for the eyes. Don't call animal control, that's big government. Let's form a posse! Like John Wayne! Revered by angry white males, Fox News copperheads and Tea Partiers alike as one of the greatest heroes in US history, the Duke, ever the birder, would never let a cat stand between him and a sweet songbird without a gun fight.

How many women do you know who would share their desire to shoot a cat in the eye? Not on the west side anyways. Nope, not ladylike. And I recognize the brand. Sure as shootin' he wandered off the angry old man ranch. How many women do you know who reach for their trusty pellet guns at the sight of a cat, let alone own a pellet gun? Exactly. And a Daisy Ryder? (Ok, maybe June Lockhart on the set of Lassie in 1954. But she would've used it to dig out Timmy who took the real rifle into the abandoned mine that just collapsed. Thanks Lassie, good girl!)

Speaking of girl power, so we have an old coot passing as Daisy and hoping to lead a band of vigilantes on a cat-le drive (sorry) no doubt riding sidesaddle into the high desert sunset. Then sitting around the campfire playing the dog whistle and trading cat killing stories with the boys. Head um up! Move 'em out! Cowpoke, you have till sundown to check yourself.

Daisy, you're no Ryder. You're a Duke. A man's man. Times have changed. You don't need to hide behind an alias. It's ok to be the cowboy or cowgirl of your dreams, Bend accepts you the way you are. Just put down the gun Daisy. It's only a cat. Try this: maybe slip into some leather chaps, open a cold sarsaparilla and watch Brokeback Mountain again. And leave the cat wrangling to the professionals. Now how's about you let Daisy Ryder set a spell and try Daisy Duke on for size. Nice fit huh partner? Giddy up go girl!

Gabrielle: You may or may not have come into the Source to retrieve the Letter of the Week gift (a gift card to Palate) that you won for this letter back in March. But now, you're in for an even bigger prize for winning LETTER OF THE YEAR. Way to go, wordsmith. And we'd still take Daisy Duke over Daisy Ryder any day. - Nicole Vulcan, Editor

Five of the 841 Words Added to the Merriam-Webster Dictionary in 2018:

Hophead (N.) Originally a slang word for a drug addict dating back to 1883, according to Mental Floss this word these days means "A beer enthusiast."

Bingeable (Adj.) "Having multiple episodes or parts that can be watched in rapid succession."

Rando (N.) According to Merriam-Webster, this "often disparaging" slang means "A random person: a person who is not known or recognizable or whose appearance (as in a conversation or narrative) seems unprompted or unwelcome."

Haptics (N.) "The use of electronically or mechanically generated movement that a user experiences through the sense of touch as part of an interface (such as on a gaming console or smartphone)."

Top 5 2018 Google searches in the U.S. according to trends.google.com

Top Stories of 2018, according to the Associated Press

The mass shooting at a Parkland, Florida, high school — which killed 17 students and staff, and sparked nationwide student-led marches for gun control — was the top news story of 2018, according to The Associated Press' annual poll of U.S. editors and news directors.

The No. 2 story was the investigation by special counsel Robert Mueller into whether Donald Trump's election campaign coordinated with Russia. It was one of several major stories — in a year jam-packed with dramatic developments — in which the U.S. president played a role.