I am concerned about the recent city council appointment process and the missed opportunity for Bend to become truly welcoming. The process was promoted as public and non-partisan but appears was neither. 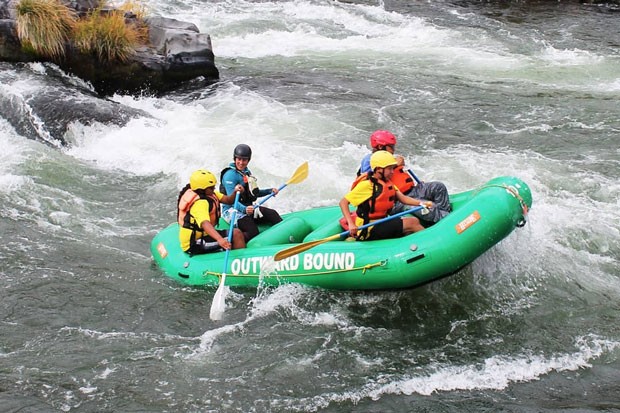 Kathy Austin, James Dorofi and Kerani Mitchell were the top three candidates at the close of Monday's council meeting, yet none was nominated on Wednesday. What private conversations changed the decision process? How did a candidate not in the top three suddenly become, in Mayor Russell's words "the most qualified and fit individual for that position?" Why was Councilor Goodman-Campbell admonished for respectfully pointing out that nomination process was supposed to be non-partisan?

This was a missed opportunity to nominate a candidate who would bring a new voice to Bend's leadership. Mitchell's perspective as a long-term resident, community activist and woman of color is valuable. The fact that her experiences were seen as less valuable than those of a white, male, telecommuter is disappointing.

Despite this setback, I'm inspired by the work of many to bring diversity and inclusion work forward. This month, COCC is featuring Dr. Robin DiAngelo, author of "White Fragility." In March, World Muse is hosting Rachel Cargle, a racial justice activist who will lead a workshop called "Unpacking White Feminism." Individuals, including Kerani Mitchell, Erin Rook and Rane Stempson, are providing ongoing training. This is important work for our community. The city council missed an opportunity to be a part of it. Instead, they chose the well-worn path of patriarchy.

In Response to, "St. Charles Nurses Reach Tentative Agreement" ON 1/16

I think the solidarity and strong support for their union that SCMC nurses have demonstrated made hospital administrators and negotiators blink. Community support for the informational picketing was clearly growing and the hospital did not want to see over a thousand people outside the hospital protesting their treatment of nurses and patients. There is power in a union and ONA is the strongest and most united union in all of Central Oregon. Support staff and other caregivers at SCMC need a union, too.

The skyline laws that were changed by the city in the '90s, from not allowing anything over three stories to allowing light pollution, all in favor of growth and business are part of the problem. It is funny how it didn't matter as much when the big complexes were on the east side. They are looking for a special permit for the fifth floor, not guaranteed. This is what the hearings are for. The State has also mandated less parking to force alternatives to driving; most people want and have cars? The future of our transit system is a whole other issue. I see the pros and cons of the issue. Bend needs a clearer vision of what it wants to be, will business, environment, or lifestyle win the day?

The City of Bend would like to respond to a January 9 letter by Eddie Kinnamon asking about the justification for the City of Bend's storm sewer utility charge. We welcome the opportunity to explain this stormwater program that protects the Deschutes River and the underground drinking water supplies of Avion, Roats and City of Bend customers.

Stormwater is basically precipitation runoff. When stormwater flows across impervious surfaces such as rooftops, driveways, sidewalks or streets, it picks up pollutants such as oil, hard metals, pesticides or fertilizers.

The City's stormwater program helps protect the Deschutes River and the aquifers that provide our drinking water from these pollutants. These are citywide benefits that may not have a direct connection to any one particular storm drain.

The City Council approved the stormwater program and fee in 2007 following a recommendation by a Stormwater Utility Fee Citizens Task Force. The charge was determined to be the most equitable way to fund stormwater services. The process included public task force meetings, extensive outreach, notices mailed to all households inviting public comment and a public hearing.

The service charge is calculated based on the amount of impervious surface coverage. Manmade impervious areas do not allow stormwater to sink into the soil as well as it would under natural conditions.

The stormwater service charge is used only for providing stormwater related work. It pays for operation and maintenance of the public storm drain system, quality control, application and enforcement of stormwater regulations, a portion of street sweeping and other related efforts. Another use of the fee is to fund stormwater projects such as improvements to the Third Street underpass that used to flood and impede travel, and adding spill controls in sensitive drinking water areas.

Stormwater management in Bend includes a variety of approaches, including the use of underground and landscaped facilities to better filter stormwater before it reenters our water systems. Examples of landscaped swales can be found along the recently constructed 14th Street and in Farewell Bend Park. Further, Bend has a dispersed system that includes a small piped area in the downtown and west hills, but also more than 6,000 drywells/drill holes, more than 200 landscaped swales, more than 10,500 catch basins, and 60 miles of pipe throughout the City.

As Bend continues to develop, we will continue to use best industry practices to manage our stormwater in an attempt to protect the Deschutes River and our precious water resource here in Bend. There's more information at www.bendoregon.gov/stormwater for anyone who is interested.

I am writing to express my gratitude for the 2019 Women's March, but to also empower people to continue making change throughout the whole year. Three years after the first women's march, it's clear that change starts small, and can only grow from there. Already, this year was ushered in by the 116th Congress, by far the most diverse Congress in U.S. history. And it won't stop there. However, we must remain aware of how much further we still have to go. To this day, women with disabilities, Latina women, Muslim women, trans women, Hispanic women, black women, Jewish women, native women, and gay women are met with countless setbacks. The women's march is not just for white women, straight women, cis women, or women who only speak English. I didn't just march for myself or the people I identify with, I marched for and with all of my sisters, in celebration of our similarities and our differences. In Bend, Oregon, it can be difficult to remember all the diversity in our country, and all the roadblocks that still remain inside and outside of our city limits, but keeping an open mind and allowing for all perspectives to shape our city, county, state, and country can only mean the creation of a more diverse and accepting culture. Marches are important, but carrying that energy into the future is vital to a positive change.

Vinna: Thanks for writing in, and for carrying that message forward following the march. Come on in for your gift card to Palate.