Has the Bend City Council lost its fricken mind? This is my own "Political Analysis," in effect "the story behind the story" that most readers will not see in the local press. 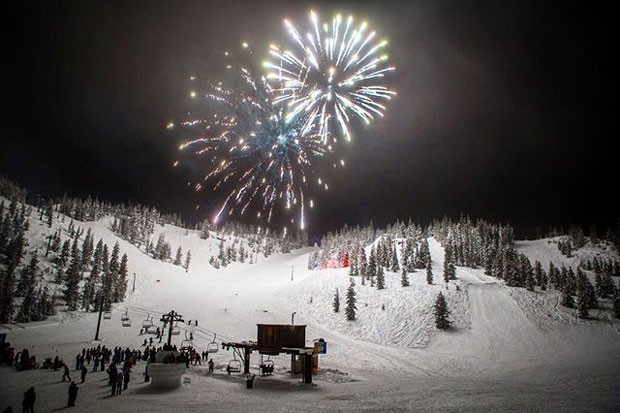 I believe Sally Russell is a "wolf in sheep's clothing." She ran as a member of the Democratic Party and with their endorsement and full support for a supposedly non-partisan position.

She espoused positions that would make any knowledgeable voter believe that she was a "progressive." Except when it came time to appoint a citizen to Council, she then voted as a card-carrying member of the Bend Special Interest Group: the Bend Chamber, builders, developers and realtors. She now claims to be a "centrist," whatever that means in the Deschutes County Democratic Party.

Russell, as a Democrat, would certainly prefer another progressive to complete her term. Moseley, a Republican, would certainly have preferred a conservative and likely a candidate that had the backing of the Bend Special Interest Group.

That would be understandable. Elections have consequences, as we all know.

Surprise, surprise when it came to decision time, Russell shocked the citizens of Bend and progressives and conservatives and voted for a white, male Republican with virtually no previous community involvement and no governmental experience. What the hell!

City-released emails clearly demonstrate that this candidate was heavily promoted and lobbied for by the Bend Special Interest Group. When Russell's vote was made, Councilor Abernathy, a graduate of Harvard's John F. Kennedy School of Government and faced with his personal "Profiles in Courage" moment, caved and also voted for Piper.

Previously there was talk on the Council that an "ideological balance," which had been four progressives and three conservative councilors, was publicly preferred. Now in a flash, the Council makeup became five conservatives supported by the Bend Special Interest Group and two progressives. No one with common sense can ever again trust that Russell and Abernathy will ever vote with the two real progressives who are on the Council today. What a turnaround, what a betrayal orchestrated by Russell.

Bend voters defeated Bill Moseley for mayor, Andrew Davis and Sarah McCormick for Council, all candidates backed by the Bend Special Interest Group and with $100,000 plus in campaign contributions. Progressive voters (Democrats and Independents) primarily woke up finding the "ideological balance" gone and the Bend Special Interest Group totally in the driver's seat in our city, with a 5-2 advantage. Russell clearly thwarted the will of the people.

Russell should be censored, sanctioned and or reprimanded by the Deschutes County Democratic Party and possibly subject to recall as mayor, after six months in office.

Bend has been strangled by the Bend Special Interest Group for the past 30 years. Voters who defeated candidates with huge special interest campaign contributions last November are awakening. We need to be vigilant, and take back our city and the future we want for the next generation of Bend residents.

County on Hook for trip

After reading the article in the Bend Bulletin on the February 4th front page I was appalled at County Commissioner Phil Henderson's comments about "the practice of not overseeing each other's plans" regarding his trip to the ALEC conference. Where is the oversight? As a retired employee of Deschutes County this has not been the policy that I was allowed to follow. In fact, for any conference attendance, you needed permission, it had to be cost effective, and for the most part we were not allowed to attend anything out of state, with very few exceptions. As far as reimbursement—estimates needed to be made and okayed ahead of time, and receipts/ out of pocket costs needed to be turned in immediately upon return—NOT A MONTH LATER. I think it is the responsibility of the County administrator to be giving this more oversight. Attending conferences like the National Association of Counties and Association of Oregon Counties makes total sense, as does meetings with our legislatures in Salem, but to attend any kind of conference that clearly is political in nature is totally unacceptable.

Editor's note: ALEC is an acronym for the American Legislative Exchange Council, whose motto is "limited government, free markets, federalism."

The Oregon Dept of Fish and Wildlife killed a 135-pound male cougar in Deschutes River Woods near Bend, once again demonstrating how little they know about cougar ecology or more likely how little they care about science.

What ODFW should know is that male cougar patrol a territory and keep other younger cougars at bay. There is nothing to indicate that this adult male was a threat to any people. Indeed, the fact that it had attained adult size and age is an indication of its ability to "stay out of trouble."

But with the killing of this large male, ODFW has opened the territory for other younger males—males that may not be as efficient hunters or less shy around humans. In any event, what they have done is INCREASED the likelihood of a conflict between cougars and people.

But then ODFW doesn't seem to care much about ecology at all. If they did, they would not allow the hunting of predators.

George: Thanks for weighing in on what is most certainly an emotional issue for a lot of people. Come on in for your gift card to Palate!