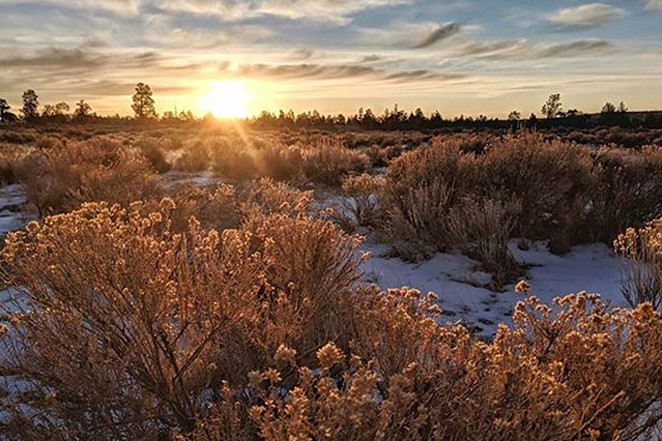 We have been visiting Mt. Bachelor for decades now and we're no longer going to do so. They have a list of failures that a ski area of this size shouldn't have. Today, February 25, was the straw that broke the camel's back. Only Skyliner, Sunrise, Sunshine Accelerator and Cloudchaser are open. We've been to so many other ski areas that open like clockwork even with a foot and a half of new snow, but Mt. Bachelor always has excuses for not operating well. They have power problems, too much snow, even though this was forecasted for over four days. Then there's the parking lots, Skyliner lot especially. It should be wider, first of all. The narrowness exacerbates the problem, and not maintained properly. Then the elevators up at Pine Marten Lodge are out of order. Both of them so far all season. And the web cam at the Clearing Rock bar is out of order. This camera is the most important one they have, providing many angles. They are saying that it is dead and needs to be replaced, but there's too much snow to do so. Another excuse. I wonder how many complaints they get, probably tons. Well, we don't care anymore, cause obviously they don't either. Thank you for choosing Mt. Bachelor.

In Response to, "When It Comes To Paying for Transportation Infrastructure, Locals May Be Paying Twice" on 2/20

So where's all of the tax money from pot going? Certainly, it could not just be lining the pockets of our trusted politicians?

Great article! Thanks for the insight. It's sad to see how poorly the appointment was handled. I love that you're doing some investigative journalism...more please!

The recent action by the Bend/LaPine School Board to name the new school North Star was a poor decision considering the public input asking to name it after a local person. The reason given by the board was that in later years that person may have discovered to have done something to cast a negative shadow over him/her.

Consider this; the North Pole has been moving 34 miles a year since 2000. A "erratic" shift. So The North Star has been discovered to be "erratic!"

I am running for the board to insure that the public is being respected and listened to.

Why All The Tension?

Bend has been growing exponentially in the last 15+ years (minus 08-12) as we continue to make the top five of everything, it seems. Native Oregonians like myself are typically very kind and welcoming people, which is a large part of why many like it here. We look you in the eye, smile, say Hi, and are happy to assist with whatever we can. So why does this seem to be changing, you may ask? Hearing more complaints about out of towners? Well, in recent years we've found more horns honking, less people stopping for pedestrians (it is an Oregon law that you must stop for them, with or w/o a crosswalk btw), and more entitlement and negative attitudes abounding. This is not to say that some of these people haven't always lived here, but the incidents seem to be on the rise. Last night our family ate at a small local pizza shop in NWX and watched as some loud newcomers brought their large dog inside and under their table while they toasted to their new home in Bend, and how they were #2 to move up on whatever ladder they were climbing. It was not a service dog, they were in their 30s and late 50s, and they appeared affluent. This to me is the core of entitlement, and the reason we are seeing many natives move, and others retract.

I've met many a good person from every state and welcome them with open arms, but for those that come here to have their paradise on their terms, you may find this town is not for you. In fact, it is not. Please, come with respect for the people and its surroundings. Your dog is not a child, and your child is not entitled to do whatever they want. If you think you love this town, then treat its people and land with love, and feel obliged by the local code. We don't smile at the pretty woman because she's pretty, so don't look away or act snotty. We smile because that is how kind people greet each other here. You will not make it to the mountain any faster, so please don't pass. It's 20 miles and we are all going to get their within 5 minutes of each other, so stop for the pedestrian. Let the locals in off the side streets to the endless line up Century Drive. We live here, and have for a long time. If you are moving to get away from the hustle and bustle of the city, don't recreate what you left. Slow down, be kind, and talk to people. Not about what you have, but how they are doing. Aim for being selfless, not selfish. It's still a small community and we are all in this together, so please act like it and do as the locals do.

Dan: Thanks for the reminder to us all to "aim for being selfless, not selfish." We might not get it right all the time, but we can try. Now come on in for your gift card to Palate!