Life is a Social Network

November 08, 2019
comment
Even in kindergarten, Josh Rizzo would finish his assignments and then head over to his classmates to help them finish their work. That’s just the way he is. Now 39, Rizzo, a Brooklyn, New York native turned Bend local—has made it his life’s plan to help others. I say “plan” instead of “work” here, because for Rizzo, well... it isn’t.

While things weren’t easy for him at home growing up, Rizzo was able to find comfort in the people around him. With the help of families on his block in Brooklyn, the teachers who bought him books and the coaches who supported his talents, Rizzo says he was accepted into the U.S. Military Academy at West Point. Playing baseball and exceptional grades helped—plus a lot of determination and work ethic. 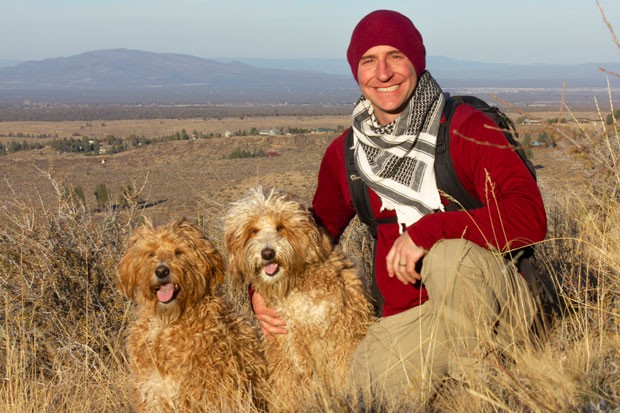 “There were 60 families on my block. That’s a lot of kids, a lot of parents. I found so much love outside of my house and in these places that traditionally—it’s not someplace you’d look for love,” recalls Rizzo. “These people didn’t owe me sh*t, dude. So many people did nice things for me. Drove me to practice, told me I could. There’s just so much light in this world if you go out and look for it.”

Rizzo received his senior class ring on August 23, 2001, just 19 days before September 11. From there it was an anxious waiting game. Rizzo signed up to be deployed any chance he could—not to go to war, but to make sure he could lead people to safety. Rizzo would deploy to Iraq from 2005 to 2006 and was awarded a Bronze Star Medal for his service there.

“That was a really crazy time in my early 20s. The day after I got promoted to Captain they put me in charge of the company. So, I had 100 to 150 guys to take into combat and lead as company commander,” says Rizzo. “At the end of the day all my boys came home.”

It wasn’t until two or three years later, back home, that Rizzo noticed something was off. Britt, Rizzo’s now wife, helped him see something wasn’t right and he decided to seek help at their local Veterans Affairs office. The staff told Rizzo about a group he could join—but he’d have to wait 18 months to do so. Instead of worrying about himself, Rizzo says he was more concerned about the others on the waiting list who needed it more than him. That night Rizzo and Britt laid the groundwork for a fully anonymous social network for vets. This would eventually become their nonprofit, PTSD United, which ran its network on huddl.org.

“Whether it’s to each other or to something bigger than ourselves—connection is like the opposite of all the bad sh*t in the world. You feel like you belong." - Josh Rizzo tweet this
“I was like those guys—they’re not going go out and get help. We need to bring help to them and be talking,” says Rizzo. “People would join and they wouldn’t say anything for like a week or two. But then people start talking. All this stuff kind of blossomed into this beautiful community.”

Rizzo and Britt continued to help PTSD United grow over the following few years. Through that work, Rizzo would receive the Invisible Hero Award from the Invisible Disabilities Association in 2015.

Due to careers and other aspects of life, Rizzo says he and Britt are no longer able to put enough time toward the nonprofit, and PTSD United is coming to a close—but Rizzo’s mission isn’t over. He continues to speak at events for veterans, charities and other organizations, including Home Field Advantage’s Celebration of Service event every year.

“I’ve been OK with who I am. And inspiring other people to feel that way is such a gift. I feel like I’m not paying my debt of love to the world if I’m not sharing that. And letting them know that this is OK. You can’t sit there alone like you’re backed into a corner,” says Rizzo. “Cause there’s a million of us—we’re just not talking.”

Connection is how he’s gotten to where he is today. And that’s a gift to give that’s easier than you think.

“Whether it’s to each other or to something bigger than ourselves—connection is like the opposite of all the bad sh*t in the world. You feel like you belong,” reflects Rizzo. “It’s that little tiny spark. Everyone carries a candle. How many people do you see with their candle out? What the hell does it take for me to light your candle with mine? It’s not taking a thing away from my flame.”