Lights Out on Cannabis Channels 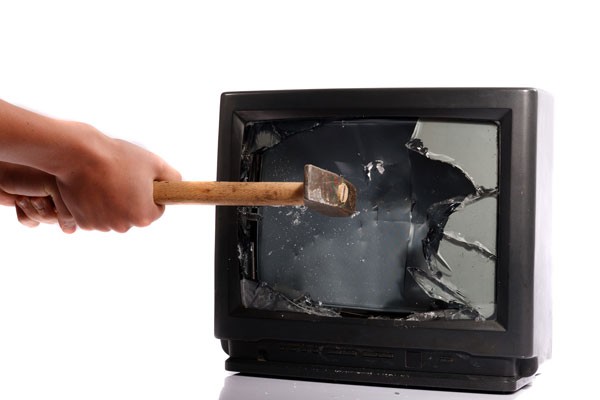 Recently, people with cannabis-related content channels on YouTube began seeing a purge, losing content, an audience and for some, a revenue stream. The reasons why are open to speculation, as YouTube has made no statement on the matter. You know who's awesome at stoned speculation? (Points to self, forgets I'm holding bong, drenches lap. Again.)

Fun facts about YouTube: Started waaaaay back in 2003, by 2014 more than 300 hours of video were uploaded to its site every minute of every day. It has over one billion users, nearly a third of every person on the Internet. It's the third-most visited website in the world, is the second-largest search engine (Google is number one, and owns YouTube), and receives 15 billion visits per month.

Create a channel, and by becoming a Google AdSense partner, the channel can keep 55 percent of revenue from ads placed at the start of videos. The program does not allow ad placement onto cannabis channels, categorized as "age restricted content." Instead, channel owners can sell sponsorships and merchandise and enter into branded content deals.

Cannabis channels are a fantastic tool for sharing grow and strain information with growers and consumers, along with activists, medical caregivers and patients, and, well, stoners. (My first vaporizer was built using a fishbowl and a wood burner, which I learned about by watching YouTube.) Channels that have been eliminated by YouTube include U.S.-based channels Greenbox Grown (13k subscribers), The High Couple (28K subscribers) and GreenGenes Garden (43K subscribers). The largest Canadian cannabis channel, Urbanremo (190K subscribers), signed a statement in response, listing over 20 European Union, Canadian and U.S.-based, well-known sites taken down recently.

There are content guidelines, with violators receiving up to three "strikes," after which the channel and all its content gets permanently erased. Those guidelines include posting videos which "...encourage dangerous or illegal activities, include instructional bomb making, choking games, hard drug use or other acts where serious injury may result... ."

But YouTube let cannabis channels grow to 100K+ subscribers, so what's up?

You may recall a year ago there was a bit of a kerfuffle regarding YouTube not exactly monitoring their content that well, or their ad placement, with ads showing up on channels Variety summed up as "American white nationalists, anti-gay preachers and radical Islamic groups." (Worst answer ever to the question, "Which three people would you invite to a dinner party?")

YouTube told PepsiCo, Proctor & Gamble, AT&T and other multinational advertising clients with billions in ad buy money they were on it. A few months later, there was another outcry when ads were placed on videos that were attracting the attention and comments of pedophiles. YouTube hired some more content screeners and instituted new algorithms to search out "offensive content." On 4/20, a CNN investigation revealed 300 advertisers such as Amazon had been placed on channels for "white nationalists, Nazis, pedophilia, conspiracy theories and North Korean propaganda."

The couple behind the deleted site The High Couple told Leafly, "YouTube can't make ad revenue from cannabis content...they updated their algorithm to prevent 'unsuitable' content from getting ads delivered against their content and the whole system has been crumbling ever since." Kord Tagley of GenesGreen Garden told Leafly, "It appears that bots are reviewing the appeals, because they're getting bounced back in a matter of minutes."

This should be a wakeup call to everyone generating cannabis video content to protect your work by uploading everything first to your own website, share mad links to it, and protect ya neck instead of counting on Facebook, YouTube, Instagram etc. to do it. These entities welcome our presence and money when convenient, but have no affection for cannabis, until it's descheduled, in which case, who's your new best friend?