Lights Out on Lighting Efficiency?

On Feb. 28, the Department of Energy held a public meeting to announce its plan to revoke Obama-era rules that required higher energy efficiency standards for lighting. 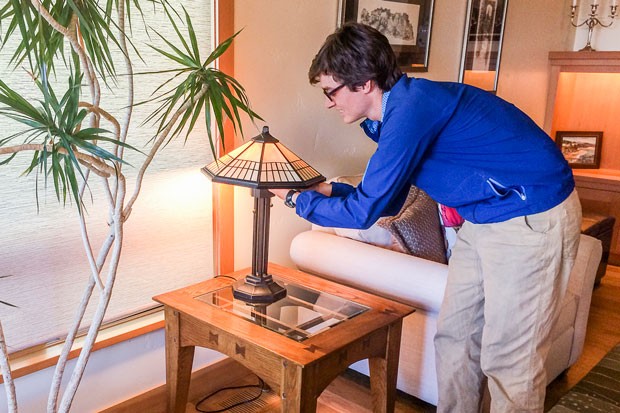 According to Environment Oregon, the rollbacks, if approved, would result in an additional 34 million metric tons of carbon dioxide in the atmosphere by 2025. The Appliance Standards Awareness Project—which organizes and leads efforts that work to advance, win and defend new appliance, equipment and lighting standards—said in February the plan would cost consumers at least $12 billion each year in lost electricity savings by 2025, amounting to about $100 per household each year.

"The Trump Administration's short sighted and backward thinking rollback of these energy saving standards for light bulbs is terrible for the environment," Environment Oregon's Allie Astor said in a statement Feb. 28. "These rules would have eliminated as much pollution as taking 7 million cars off the road.

"By revoking these important energy saving regulations, we're ignoring the pervasive threats of climate change and environmental degradation caused by our wasteful energy practices. The DOE may be offering a public hearing, but they need to make sure they are listening to all the voices who are against this rollback plan."

In Bend, The Environmental Center ran its three-year The Energy Challenge program through last December.

Neil Baunsgard, the LED program manager, said the program helped over 5,300 homes in Central Oregon, installing more than 75,000 LED lightbulbs. In 2015, the first year of the program, Bend's decrease in electricity and natural gas consumption, compared to the same period in 2014, was the equivalent of the greenhouse gas emissions of driving 6,883 vehicles for one year, according to the Environmental Center.

"We are frustrated to see this rollback potentially flooding the market with cheap inefficient bulbs," Baunsgard said in an email to the Source.

According to the DOE's filing, the proposed rollback is based on a decision that "the legal basis underlying those revisions misconstrued existing law." Because the proposal would only change a definition, the DOE argued that it's not changing a standard, so it's not subject to a legal prohibition on "backsliding" with efficiency standards.

The original legislation, passed in 2017, would have rolled many non-standard types of bulbs into the same stricter standard required of normal lamp bulbs in 2007, according to a story by the Indiana Herald Bulletin. The standards essentially required manufacturers to switch from incandescent bulbs to LED or fluorescent bulbs.

ASAP said if the proposal goes through, electricity use in the U.S. would increase by 80 billion kilowatt hours per year—about the combined usage of all households in Pennsylvania and New Jersey. The additional energy waste would cause more power plant pollution, including an extra 19,000 tons of nitrogen oxides and 23,000 tons of sulfur dioxide, found to contribute to health issues like asthma.

Industry groups, like the National Electrical Manufacturers Association, have lobbied for the Trump Administration to repeal the 2017 rule. In a October 2017 letter to the DOE, NEMA argued that because incandescent light bulbs are getting more efficient, the rule itself was illegal.

According to the Herald Bulletin story, NEMA originally threatened to sue to overturn the rule, but withdrew the case when the Trump Administration agreed to review it for a potential change in 2017.

"That is why they are so hot they can burn you," Baunsgard said.

"The lighting market has totally transformed over the last three years," Baunsgard said. "You now can find quality inexpensive LED bulbs in just about every shape and size. LED bulbs are the most popular and least expensive bulbs to operate—they use 85 percent less energy and can last for 15-25 years."

LEDs seem to be the wave of the lighting future, but they come with potential hazards.

According to a 2010 study published by Environmental Science and Technology, LEDs contain lead, arsenic and a dozen other potentially dangerous substances. As such, LED bulbs need to be disposed of in the Hazardous Waste Facility at Deschutes County's Knott Landfill.

A 60-day public comment period ends April 12. People can submit comments, identified by "1904-AE26," through the Federal eRulemaking Portal at regulations.gov, or by emailing SL2018STD0010@ee.doe.gov. Include the docket number and/or RIN in the subject line of the message.