September 13, 2020
3 comments
For this week's "Bend Don't Break" podcast we talk with John Hummel, who has been serving as the Deschutes County District Attorney since he was first elected in 2014. Before that, he served on the Bend City Council for six years, and then resigned in 2007 to earn his Masters in Public Policy from Johns Hopkins University. He then worked in Liberia, Africa, for two and a half years as the Country Representative for the Carter Center, the former president’s peace and health organization. 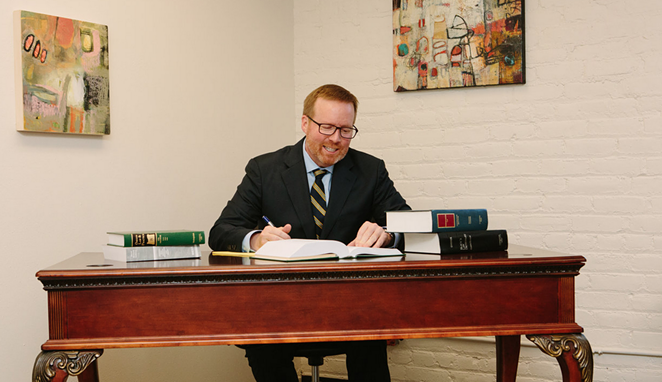 Hummel has taken a proactive stance on criminal justice reform and created a number of programs designed to reduce rates of crime recidivism in Deschutes County. He began with a collaborative approach, bringing community members together into a committee to discuss ways his office could prevent crime before it happened. Out of those meetings, Hummel made it a priority to help people suffering from addiction by providing an opportunity for them to see a doctor who would then determine the right pathway to treatment or mental health interventions.


Source Weekly - Bend, Oregon · One Superintendent’s Fight to Get Kids Back in the Classroom

We trace the history of Hummel’s time as District Attorney: When he arrived in 2014, the DA’s office was in distress as the staff struggled to overcome the difficulty of working under former DA Patrick Flaherty. Hummel explained his initial approach to restore stability and confidence among his staff. Then two years later, he eventually introduced his plans for major changes around local criminal justice reform.

First Hummel formed Deschutes Safe, a group of dozens of community members from law enforcement officers to teachers to mental health professionals with the goal of reducing crime in the region. The group came up with more than 20 ideas to lower criminal activity. These ranged from raising the high school graduation rate to lowering poverty. Later, the collaborators got focused on what a small DA’s office could accomplish and decided its main goal would be to reduce the recidivism rate (repeat crimes) for drug offenses. Drug offenses had a 53% rate of recidivism in Deschutes County at the time.

Hummel created the Goldilocks Program—which changed the one-size-fits-all approach to drug offenses—to a system that was much more individualized to each person. This meant that while a big-time drug dealer needed to be locked up, a person whose only offense was possession of drugs may need treatment or other assistance.

“If you are someone using drugs, not dealing drugs, just using, not harming anyone but yourself (maybe your family), we want to get you effective help for your addiction,” Hummel said. “So what we do is, old school if you were in possession, the cops would arrest you, bring you to jail, run you through the court system, and at the end of the day you have a criminal conviction. After that, it’s harder to get a job and housing, and you get sentenced to drug treatment that’s not effective.

“In the new program, the cops don’t send you to jail if they suspect you’re a drug offender; they issue you a citation to go to court. They also give you a card that says ‘you might be eligible for DA Hummel’s program. Show up on Friday.' They show up, I’m there, there’s a drug and alcohol professional there, and a defense attorney. We tell them about the program. If they are interested, they get accessed right there by the drug and alcohol professional and we send them to a primary care doctor, not a drug treatment person. (I don’t know if they need drug treatment, I’m not a doctor.) So, they go to a primary care doctor who conducts a physical. All this person has to do is what their doctor tells them to do for a year. They may have a physical and the doctor may say, ‘You’re one of the healthiest patients I’ve seen this year; I don’t need to see you very often,’ or ‘I think you have diabetes, let’s get you help for that,’ or ‘You may have a mental health issue, let’s get you help for that.’

“They agree to one thing: If they stop showing up to their doctor, doctor tells me, I put it back in court. But if at the end of the year, if they participated in their care, the doctor sends me a letter, and they are never charged with a crime.

“We see that they are healthier, they don’t get saddled with a conviction and the recidivism rate is significantly lower.”

Since Goldilocks program began, it has helped reduced the recidivism rate for drug related crimes by 34% in Deschutes County.

During our conversation with Hummel, we also discussed the investigation he ordered for his office in response to a law suit filed by a former deputy district attorney, Jasmyn Troncoso. She said she suffered racial and sexual harassment from other staff members during the time she worked at the office. She did not accuse Hummel of anything. The findings of the report were released Friday, three days after this podcast was recorded.

We also discussed the recent rise in political crimes in Central Oregon: A person in Redmond shoved a Trump supporter, a man in a large pickup truck was charged with spewing diesel smoke on protesters, and in another incident, a man drove through a crowd of protesters, almost running over a woman with a baby stroller.

Hummel spoke about his plans to start a community conversation around political tensions in Deschutes County. The region is generally split down a political urban/rural divide, which he hope to begin to bridge by bringing both sides together.

“I see an opportunity now, I have cases now from both sides of the political spectrum that are in the criminal justice system, and I could just process them like any other case and move on. But, that would be a lost opportunity. I’ve been in conversations with some of the defense attorneys involved and the victims involved: Maybe we can use these cases as a catalyst to talk about why? Why are we leading with hate? These are not individual, personal attacks… Why do Black Lives Matter protestors—some of them—feel the way they do about white guys in pickup trucks? Why do some Trump supporters feel like they are the forgotten people in our culture? I feel like I can use these cases as test, and see if a productive dialogue can come out of it. If it’s successful, I’d like to see it community wide.”

“Bend Don't Break” is hosted by the Source Weekly’s publisher Aaron Switzer. Every week, Switzer invites on a someone from the community with a new perspective on living through the COVID-19 pandemic including mental health professionals, economists, educators, artists, business people, local leaders and historians. Subscribe on iTunes, Soundcloud or wherever you get your podcasts.