Marshall is known and loved for his energetic theatrics and genre-bending musical genius. He shares the DL on the long-defunct Larry & His Flask that might brighten your day.

February 04, 2021
comment
For this week’s episode of “Bend Don’t Break” we talk with Jeshua Marshall, the bassist and co-founder of the internationally known punk band Larry & His Flask. The Flask toured with the Dropkick Murphys and played the mainstage on the Warped Tour and they are likely the most famous act to emerge from the wilds of Central Oregon. 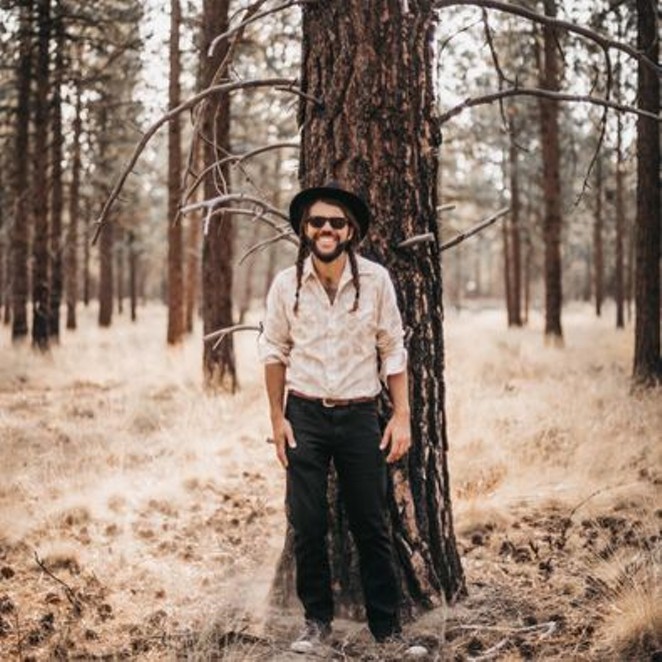 Marshall started bands as a high school kid in Redmond with his brother Jamin and spent much of his adult life touring and performing around the world. For a while, he was the campaign organizer for Greg Delgato who ran for the Oregon State Senate in 2016. Marshall is not afraid to take to the streets to rally for the rights he believes everyone deserves and he is a familiar face in the social justice scene around Bend.

He’s the head of two bands “Guardian of the Underdog” and “Hot Club of Bend” which have very different sounds, but both are a joy to experience much thanks to Marshall’s charisma and the talent he attracts.

In the midst of the pandemic, he released his first solo single “Gogo,” with many more singles to follow, which can all be found on iTunes and Spotify and other online music sellers.

“Bend Don't Break” is hosted by the Source Weekly’s publisher Aaron Switzer and co-hosted by Laurel Brauns. Every week, we feature a guest from the community with a new perspective on living through the COVID-19 pandemic including mental health professionals, economists, educators, artists, business people, local leaders and historians.