February 10, 2021
comment
For this week's episode of “Bend Don’t Break” we talk with Oregon’s District Two U.S. Representative Cliff Bentz (R-Ontario). He represents Bend and all of Eastern Oregon in Washington, D.C. Bentz just took over for former U.S. Representative Greg Walden who had previously held his seat for more than two decades. Throughout this conversation, Bentz discussed his desire to protect recreational and agricultural lands from fires and address water shortages. 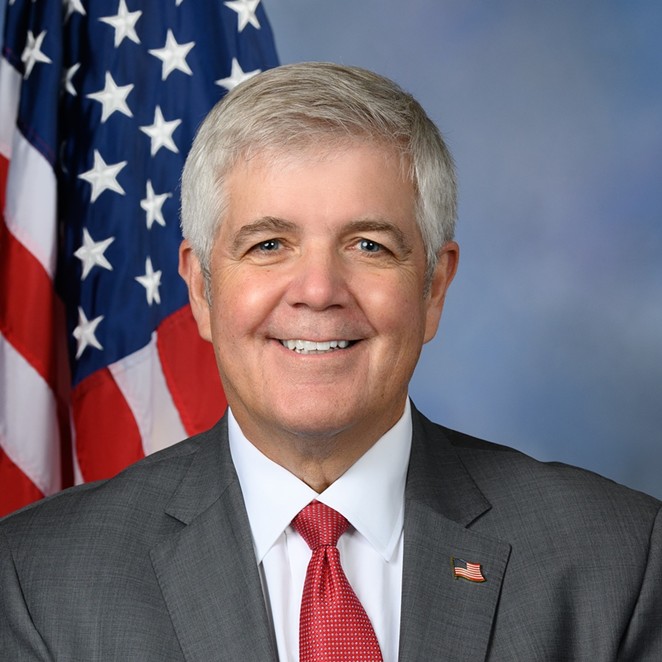 We asked Bentz how he is adjusting to life as an elected Congressman and his take on the riots at the U.S. Capitol. Bentz reiterated that he adamantly condemns violence and still supports the people’s right to peaceful protest. The day after the riots, Bentz joined some fellow Republicans and voted to object to the election results in Pennsylvania on the grounds that he believed the state had violated the Constitution. Read Bentz’s statement on the Electoral College Certification Votes here.

Bentz said that one way he is hoping to help overcome the divisiveness in national politics is by understanding all sides. He said he is an avid reader and is currently learning all he can about the issues he’ll be voting on in the years to come.

Bentz was appointed to the House Natural Resources Committee which matches with his experience in land management and agriculture: The federal government owns 53% of all land in Oregon (mostly U.S. Forest Service) so we asked Bentz about his perspectives on how this land should be managed. Bentz was also appointed to the House Judiciary Committee where he’ll be asked to weigh in on anti-trust and anti-monopoly laws in the years to come, as well as Section 230, which protects social media companies from liability even if their users incite violence. Watch his first House Judiciary Committee Organizing Meeting video here.

Bentz was a member of the Oregon House of Representatives from 2008-2018, and a member of the Oregon Senate from 2018-2020. He grew up in ranching communities in Eastern Oregon and currently owns a 100-acre alfalfa farm. He earned his JD from Lewis & Clark Northwestern School of Law and then returned to Eastern Oregon to specialize in agriculture, water and property law in Ontario. In 2019, while serving in the Oregon Senate, he helped lead the Republican walkout against the cap-and-trade bill to reduce greenhouse gas emissions in Oregon.

“Bend Don’t Break” is hosted by the Source Weekly’s publisher Aaron Switzer and co-hosted by Laurel Brauns. Every week, we feature a guest from the community with a new perspective on living through the COVID-19 pandemic including mental health professionals, economists, educators, artists, business people, local leaders and historians.