So far, 2019 has been huge for blockbusters, with two Marvel movies making over a billion dollars and "Us" rakin g in more than any other original horror movie in history. Basically, the big old studio movies are still crushing the box office, but the smaller films are making less than ever before. Mid-budget movies are hardly even made anymore, with almost every release being either a micro-budget independent or a $100 million-plus blockbuster. 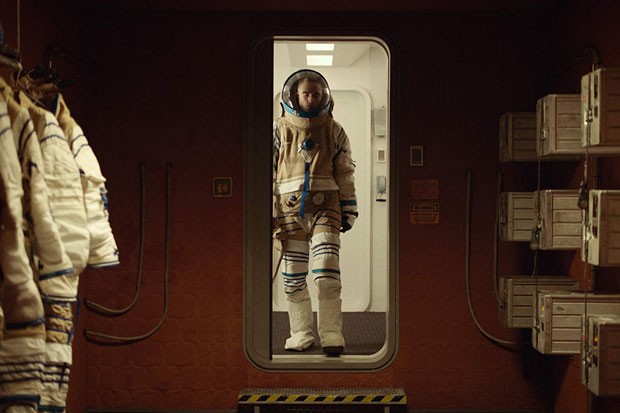 Everyone has seen "Endgame" or "Captain Marvel" or "Shazam!," but what about the smaller movies that might have slipped under your radar?

"High Life": Writer/Director Claire Denis has never been a huge box office draw due to how uncomfortable and unsettling her films usually are, and "High Life" is no exception. Thematically, the film is about isolation and connection, but on the surface it has Juliette Binoche as a mad scientist on a spaceship filled with death row inmates using a sex chair in an austere chamber colloquially known as the "F***box"—that is, when she's not trying to harvest energy from a nearby black hole. Imagine that plot taken super seriously and French as all hell.

"Piercing": From Nicolas Pesce, the director of the off-beat horror masterpiece "The Eyes of My Mother," comes a provocative and fascinating look at two disturbed individuals unleashing every single kink they can think of on each other. You might not like this movie, but I guarantee you'll never forget it.

"Under the Silver Lake": A hilarious neo-noir pop adventure that deconstructs the male gaze while also telling an unpredictable detective story about a missing woman and the creeper trying to find her. Andrew Garfield gives his best performance to date as a broke idiot way in over his head getting sucked into secret societies, disturbing conspiracies and all kinds of other weirdness.

"High Flying Bird": Picture a film a lot like "Moneyball" but directed by the great Steven Soderbergh and focused on basketball instead of baseball. This absolutely hypnotic look at how the NBA can easily exploit the players they view as commodities instead of human beings is one of the most empathetic sports films ever made. This one is a Netflix original, so catch it whenever you're in the mood for something that will make you smile.

"The Standoff at Sparrow Creek": The most intense film I've seen all year is also ridiculously entertaining and well acted. A group of men meet at a warehouse filled with guns and survival gear to discuss a shooting that just happened at a police funeral. They are a secret, anti-government militia and they're all positive they'll be blamed for the shooting. When it looks like one of them might be the shooter, the film becomes a paranoid pressure cooker that will keep you glued to the screen.