Not every venue is capable of hosting live shows, but some businesses are getting the music going

Concerts are beginning to happen on a smaller scale in Bend again, but what about our neighbors to the north in Redmond? Virtually, things heated up last week as Music on the Green kicked off on June 24 with a performance from Olivia Knox. This year's series will run into September and be performed through livestreams by the artists, with the next show coming from Bobby Lindstrom on July 8. 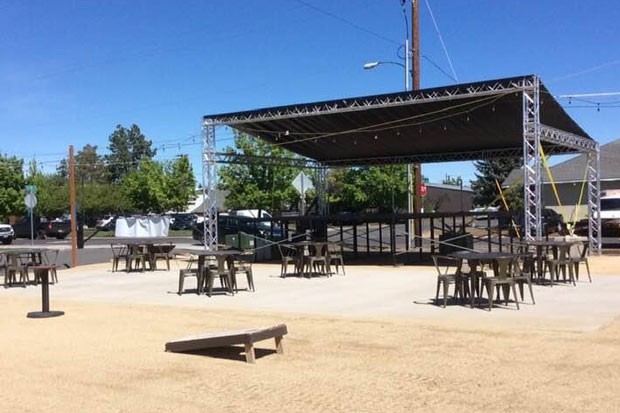 This summer is definitely far off from what Redmond normally experiences when it comes to live music, and some places you're accustomed to seeing shows at in Redmond aren't offering any music yet, but there are still a couple spots where you can catch some tunes.

Kobold Brewing and The Vault Taphouse will usually host bands throughout the summer, but in 2020 they're going with alternatives. Kobold has partnered up with Music on the Green, airing those shows from the pub live on its TVs to still support the music scene and give community members a chance to tune in while enjoying a beer.

"We decided not to pursue live music for the time being. Partly due to not wanting to pay BMI and the others, and partly due to safety and spacing," said co-owner Heather Anderson in an email.

Hub City, a common stop for live music on Highway 97, is also holding back from live music for now. In following Phase Two guidelines, the bar doesn't see a way to safely hold music inside, and it would take a little more planning and work to get something set up outside.

Another popular summer showcase, Music in the Canyon, has had to cancel its popular summer concert series entirely, which will be rescheduled for 2021.

A lot is missing right now as far as live entertainment goes in Redmond—but at Initiative Brewing and General Duffy's Waterhole, the music is still flowing.

General Duffy's will host a show on Friday, July 3, featuring Precious Byrd, the High Street Band and The Parnells. This show will be a ticketed event to limit the number of attendees and keep in compliance with Oregon's COVID-19 safety measures. These concerts are all outdoors on "The Angle at Duffy's," a specially-designed outdoor music stage with seating and plenty of space.

Initiative also has a busy schedule of concerts ahead, with shows scheduled as far out as Sept. 25. Next up: Eric Leadbetter Friday night, July 3.

"We just had our first live music show this past Friday (June 26), which was our first show outside since doing live music Fridays in 2020," Initiative Co-Owner Ryan Churchill told the Source. "It was awesome to see so many excited people out on the patio."

Initiative doesn't currently have a stage, but bands are set up in front of the brewery's garage door, so they can open the door and let guests inside be able to hear the music. Initiative's owners hope to build their own stage soon.

"It was a little tricky setting up our patio to fit the band and social distancing protocol, but we think we found a happy medium to where most people can see the band play," Churchill told the Source. "We are excited to have previous performers back and hope to attract more artists and eventually start doing music on Sundays, too, this summer."