Something special has been drifting over the radio waves of Central Oregon this summer. High Desert Music Hall, in collaboration with KJIV Radio, commonly referred to as Jive Radio, on 96.5 FM, has been broadcasting live performances taking place at the renovated church's venue. Cascades Radio Hour has played host to regional and national folk, blues and Americana acts that hit the stage for an hour and a half to two hours performing live in front of a public audience, and over the airwaves. The show series will conclude this week with two final acts. 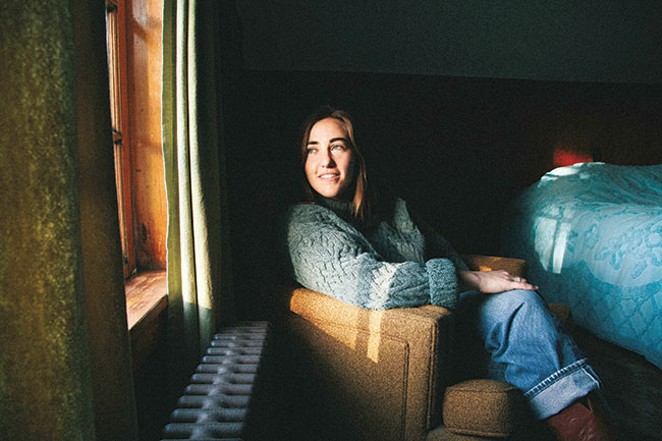 Taking the stage Wednesday, Aug. 24, is Oregon local and folk up and comer Margo Cilker, shown at top right. The artist hails from Enterprise and has been named by NPR as one of "11 Oregon Artists to Watch in 2021." She released her debut album "Pohorylle" in 2021 to critical acclaim, establishing her as a voice in the folk world. Tickets to the Cilker show are $20 and radio audiences can listen to the performance from 7:30-9:30pm.

The finale of the series is the peppy and fun Zydeco group, C.J. Chenier and the Red Hot Louisiana band. C.J. Chenier is continuing a legacy of performing authentic Zydeco music as his father, Clifton Chenier, is often referred to as the "King of Zydeco Music." Zydeco is a genre of music that fuses together rural Creole music with more urban stylings of blues and R&B, often accompanied by an accordion. The group lays down fast jams that are designed to get the whole family dancing, so get down to HDMH live or turn up the radio in the living room for the whole family to hear! Tickets to see the show in person are $35 and the broadcast will last from 7:30-9pm on Aug. 24.