Amy Castaño loves her phone, but she probably loves in it a way you didn't even know was possible. Castaño's phone is actually a box of creativity. Primarily a photographer, Castaño recently made the foray into film, with exciting results. 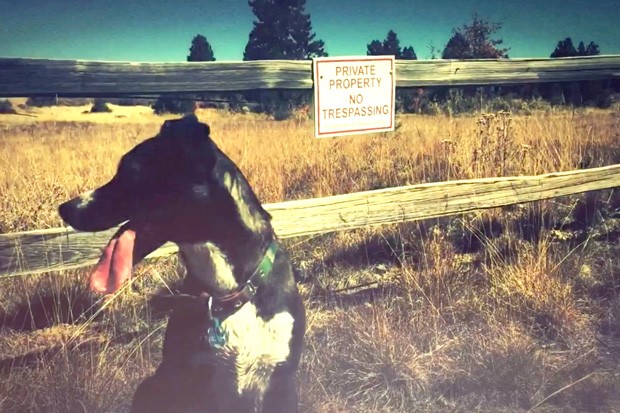 The film "Rebel Dog," a very short film (about 1 minute, 13 seconds in length) will screen at the upcoming BendFilm festival as part of the Local Focus screenings. The sweet little short is also the debut screening for her 9-year old stepdaughter, Georgia Andrews.

While Castaño filmed and edited the video on her phone, it was Andrews who had all the ideas, like a director behind the camera for the first time. "It was about spontaneity and play and having fun," says Castaño. "Georgia has a great sense of humor and likes to laugh, so this was right up her alley." This is the second film for Castaño, who recently won the audience award at the Bend Bicycle Film Festival for her short film about local women who commute by bike.

It was a whim to enter it in the festival and a surprise when it got in. "I have to give props to BendFiIm for screening it. Erik Jambor really encouraged Georgia to continue creating and I think that is totally awesome," says Castaño.

BendFilm continues to show incredible support for the independent filmmaker in all forms, including local. Rebel Dog will join four other local films by five local filmmakers—including "Foxing Around" by Cullen Dallas and Delaney Walnofer, "2 Below 0" by Tim Cash, "Cargies" by Hudson White, and "Shifting Perspectives" by Cedar Vickery, who's a student at Summit High. The program, called "Local Focus," will run twice—once on Friday and again on Sunday. This year at the festival, you can also see the premiere of local filmmaker Michelle Alvarado's film, "Heaven," funded in part by a grant from BendFilm. Also look for a handful of Northwest-made films in the Northwest Shorts series.