The founders of Humm celebrate 10 years

Humm Kombucha: it's a local staple and becoming a nationwide favorite probiotic drink. This year, the company is celebrating 10 years. Originally Kombucha Mama, Humm was founded in 2009 in the home kitchen of Michelle Mitchell. She was new to Bend and had been brewing kombucha for herself and friends for many years. Creating a for-market product wasn't in the plans for Mitchell or her business partner, Jamie Danek. But they found themselves, strangers and new to Bend, jobless and in search of a new career path. 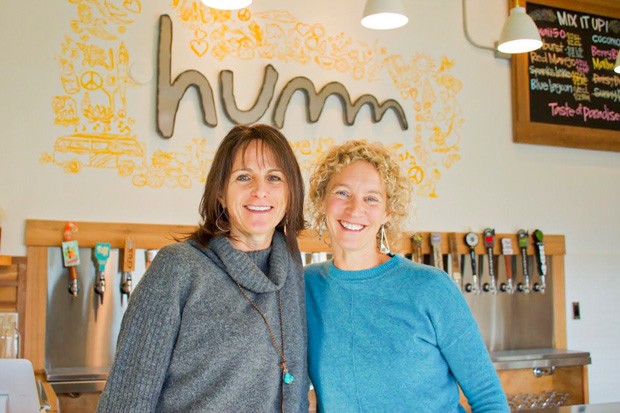 "I shared kombucha with Jamie, and we both felt amazing after drinking it," Mitchell shares. "We wanted to share kombucha with the community of Bend, so we started Kombucha Mama."

At the time, there were no other kombucha brewers in the market in Central Oregon. Today, Bend is recognized as one of the kombucha capitals of the Pacific Northwest. Mitchell, who was in sales prior to founding Kombucha Mama, originally used her home kitchen and closet to brew the tea.

"We started out in Michelle's kitchen making 12 1-gallon glass jars that turned into 256 gallons—which was all that could fit into Michelle's closet," says Danek. They were soon able to move into their first facility, making Kombucha Mama Bend's pioneer kombucha start-up. "The name 'Kombucha Mama' came from the desire to take care of the community that we had both just moved to," Mitchell recalls. The choice to rebrand as Humm came years later when they wanted to reach larger areas across the U.S. "The reason for the rebrand was that we wanted to make kombucha as accessible as possible. Humm was easy to read and pronounce, and really captured the spirit of the organization rather than just what was in the bottle."

Today, Humm employs 65 people and is recognized across the nation—but this journey wasn't easy. "Our path to market was very different than the other brands in the category at the time. Kombucha was a natural and health store-based drink that we wanted to take to the masses," says Danek. At the time that the pair launched Kombucha Mama, less than 1% of the market knew what kombucha was. Today, roughly 20% of the market is aware of the sparkling probiotic tea. Humm is recognized as one of the top kombucha brands nationwide and has gained attention and popularity among healthy living guides and blogs for their all-natural ingredients and certified organic flavoring. They've also been praised for their collaborative efforts within the community, such as the summer hit, Hummzinger, a beer and kombucha collaboration made by Deschutes Brewery using one of Humm's top-selling flavors, Hopped Grapefruit. 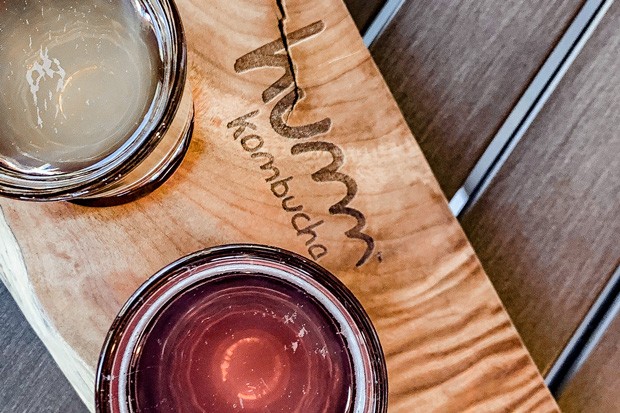 Bottled Humm kombucha can be found in most major grocery stores and several specialty markets, but locals can enjoy a larger variety of flavors at Humm's taproom, which opened in 2013. Fizzy favorites can be enjoyed by the glass or sampled with kombucha "flights," allowing customers to choose from six flavors. The taproom offers specialty kombucha concoctions such as kombucha mimosas and food from Manzanita Grill, which is parked adjacent to the taproom building. The taproom is open Monday through Saturday for taps and snacks.