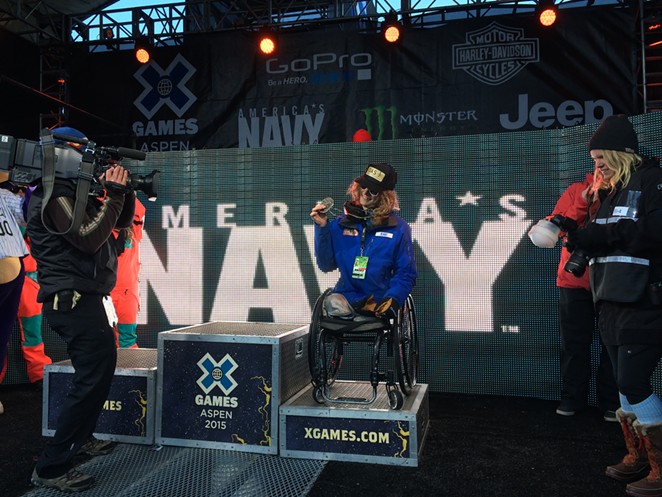 Local mono-skier Ravi Drugan took third place in the monoski-cross at the Winter X-Games in Aspen. A Mt. Bachelor season pass holder and sponsored athlete of Oregon Adaptive Sports, Drugan became a double amputee after being hit by a train in 2004 at the age of 15. OAS helped him learn to ski again, and he hasn't looked back.

“I’ve been with them (OAS) since my first day skiing about six years ago. They’re awesome and it’s great support to have them here with me and great to grow with the organization," Drugan told ESPN.

This was Drugan's third time competing at the X-Games. Before the competition, he spoke with the Source:

"At first," Drugan says, "I did not think skiing on one ski was gonna be easy or even much fun." Though, he adds, "But I kept a open mind."

By noon that day, Drugan was hooked. He explains, "After lunch, my dad and I went to the top of Hoodoo and I was skiing black diamonds with my dad; just me and him the rest of the day till last chair."


Read more about his path to the X-Games in this week's issue of the Source.

And check out this video interview with Drugan following the race.