Look Up and Beyond | The Source Weekly - Bend, Oregon

Look Up and Beyond

Last week, the Bend City Council initially voted in favor of putting the smaller of two proposed transportation bond packages before voters during the May election, aiming to tackle some of the most pressing and overdue transportation-related problems in Bend.

While the Council still has another vote before them before voters would see that bond package on the ballot, all signs point toward it moving forward. This bond is needed. Voters should continue to support efforts that address not just traffic-related issues, but also efforts to make getting around without a car safer. 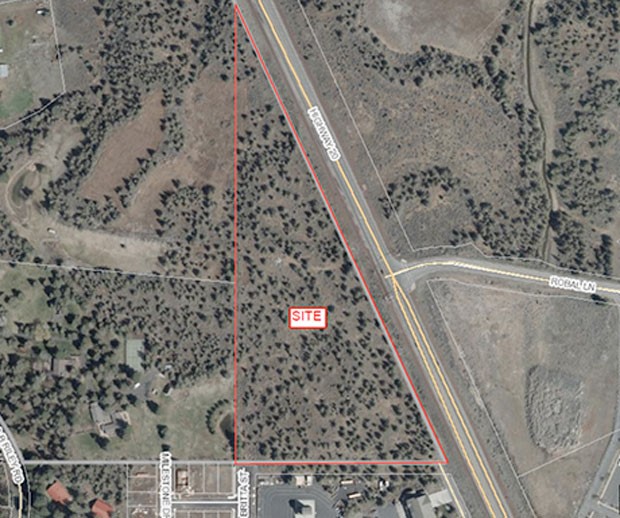 But even if that bond passes, so much more work will need to be done to see Bend being a city where people can feasibly use any number of types of transportation to get around various parts of the city—especially the parts of the city where growth is going to happen. As land continues to come at a premium cost, more housing and services are pushed outward, toward the existing city boundaries and even toward the edges of Bend's Urban Growth Boundary.

So even if voters approve this transportation bond to fix current problems, they need to continue to look ahead to see the next sticking points—and to be ready to pay for them.

This is highlighted this week by the Deschutes Public Library's announcement that it has identified a tract of land on Highway 20, just west of the Deschutes County Sheriff's office, where it could potentially site its new Central Library complex—also slated to include a performing arts center. Adding that type of facility to serve all of Deschutes County is an exciting prospect, albeit one that voters will have to show support for before DPL can build.

In its Jan. 8 release, DPL Board President Ann Malkin wrote, "The location meets all of our top criteria. It is easily accessible from all areas of the county, highly visible and centrally located near neighborhoods, schools, shopping and other important services." Library Director Todd Dunkelberg told the Source that he sees DPL being a trailblazer, of sorts, in siting its new location in an area that currently is not highly developed. Since the site is outside the current City of Bend boundary but inside the UGB, Dunkelberg said there are, "decisions we have to make around zoning, transportation, roads."

All that trailblazing is going to need broad community support, and a number of pieces will need to fall into place:

The bottom line: creating a community that prioritizes safe access to some of its most important cultural sites is complicated, and it requires looking not just at the current transportation bond package that will likely be put before us this May, but also looking way ahead, at what growth looks like in the next five, 10 and 20 years.

Bendites did this when they participated in the Bend 2030 visioning process. Now, a process for the next 30 years, called Vision 2050, has gotten underway. While multi-modal transportation was addressed in that last process, it's not a fix-it-and-forget-it kind of thing. Growing cities have growing needs. As projects move outward, so too should our vision of where and when we plan for solid transportation options for all.

DPL has its next round of public input sessions happening Thursday, Jan. 30 at noon at the Downtown Library, and at 5 pm at 10 Barrel East. We have no doubt that after all the public input that DPL has and continues to get around its future plans, they'll make every effort to listen to that input and respond. But it's up to people to participate in that process, so that they have something to which to respond.