Looking Toward The Sun

Art Alexakis is best known for being the lead singer of Portland-born group Everclear. Everclear churned out out a multitude of great songs in the late '90s, becoming a household name for alternative rock fans everywhere. So what happens when the founding member puts out a solo project? 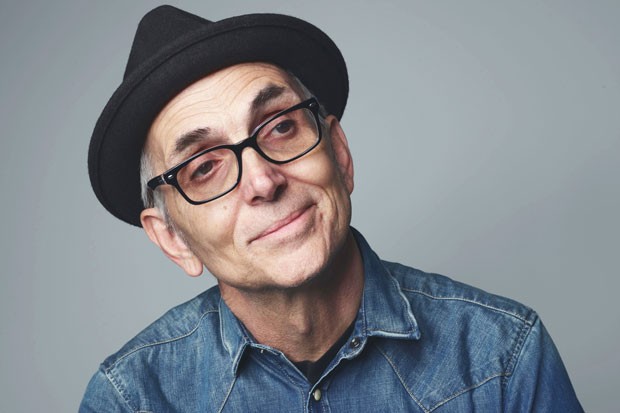 In October, Alexakis released his first solo album, an 11-track project called "Sun Songs." While toned down into a mostly acoustic package, "Sun Songs" still packs a little bit of that Everclear punch we've come to know and love—that almost "us against the world" mentality. But in between the lines, "Sun Songs" is a tribute to happiness and how far Alexakis has come.

Three years ago, Alexakis was diagnosed with multiple sclerosis—something he chose to share with the world in a letter to his fans on the Everclear website this March. He addressed some of the challenges he was already facing, and things that might come his way.

"So, if you see me stumbling...sweaty, looking both tired and anxious at the same time, maybe a little more confused than usual, or forgetting lyrics yet looking happy (which is weird for me), please know that I have not fallen off the wagon. I am just learning how to be the new me," wrote Alexakis.

With this fight right in front of him, it makes sense that "Sun Songs" bears this presence of hopefulness and reflection—and also Alexakis' f*ck you attitude. He's never been afraid of saying what he truly means, which is one of the best qualities about his songwriting. The album closer, "A Seat at the Table," is a nod to the struggles Alexakis had to deal with growing up—and it also serves as an empowerment anthem to anyone who's been marginalized by society. Sometimes it feels like you're fighting for that seat all your life, but it doesn't mean you should stop. At least, for Alexakis, not until you're heard.

“I am just learning how to be the new me.”—Art Alexakis tweet this

"Arizona Star," perhaps the most poppy song on the album, is a dedication to his youngest daughter, Arizona. He sings gleefully of the smiles she brings him every day, whether it be from the pictures she draws, her bravery or the fact she dances to her own beat.

"She draws me pictures of the pretty world she sees. I wish I could walk in the world she draws for me," sings Alexakis.

Arizona is just one example of the rays of light shining through into Alexakis' life these days. When you listen to the Everclear discography and hear the struggles Alexakis had with his life growing up, this album is a nice reminder that there is an abundance of good in the world. While there are still plenty of things to be angry about ("White People Scare Me," "Line in the Sand"), it seems that Alexakis is trying to focus on the shinier things in life. He's basking in the sun's glow and doesn't intend to let those moments pass by.

Update 12/13: Due to unforeseen circumstances, Alexakis' show at the Domino Room has been cancelled.