A COVID-19 outbreak at a local nursing home was related to six recent deaths. As the pandemic frenzy wears on, are we leaving some of society’s most vulnerable behind?

Over the last three weeks, Deschutes County has lost eight people to COVID-19. Six of them lived at Mt. Bachelor Memory Care in Bend, a long-term care facility. All were in hospice care at the time.


Mt. Bachelor Memory Care, on Powers Road off SE Third Street in Bend, was the center of one of the biggest coronavirus outbreaks in Deschutes County, according to county records. The first case was reported July 11. As of press time, 41 residents and 23 staff members had tested positive for COVID-19, according to Morgan Emerson, spokesperson for Deschutes County Health Services.

"Our main concern is to protect our residents, keep them healthy and safe and to provide the emotional support they need most when they cannot be comforted by the simplicity of a hug from a loved one." - Mallory DaCosta tweet this
The county has not yet identified the origins of the outbreak, but it represents one of hundreds around the United States. People that live in long-term facilities are some of the most vulnerable because of the density of the living quarters and the fact that many of them have underlying medical conditions, Emerson said.


"Our team is working closely with the facility to prevent further spread of the COVID-19 virus,” said Dr. George Conway, the director of DCHS. “The facility has been actively involved in taking many steps to control further transmission."


The staff that have been infected are now in quarantine, and those without coronavirus continue to come to work and wear full personal protective equipment, according to Emerson. The staff are tested regularly.


The Oregon Department of Human Services announced July 20 it would ease restrictions on long-term care facilities to allow outdoor visitations, but the new rule doesn’t apply to facilities with active cases.


Gov. Kate Brown restricted access to nursing homes and residential care facilities on March 17, to try to curb the spread of the virus. Some residents at MBMC haven’t seen their families for months, except maybe through a glass window. Meanwhile, the residents have been cut off from some of the benefits of living in a communal setting: community activities, group meals and downtime to talk with their other friends were all restricted due to pandemic protocols. 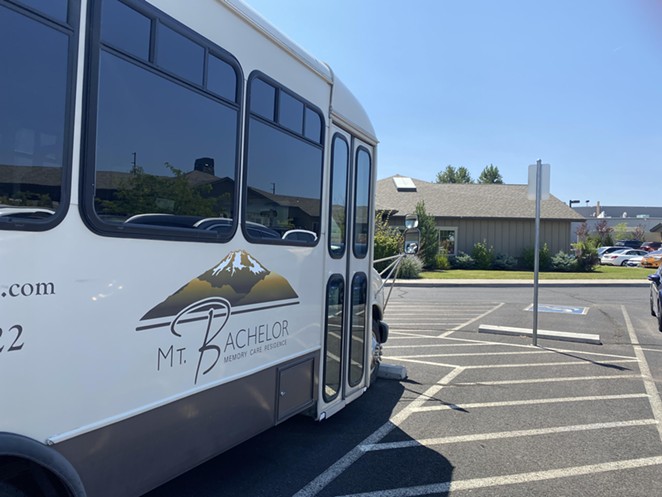 
But the actual number of deaths in Oregon tell a different story. As of July 22, Oregon had the third-lowest number of deaths for people over 64 in the country, according to the Kaiser Family Foundation. It is also one of only 13 states that is not considered an active hotspot for the illness, at least by KFF’s metrics, which accounts for nursing home deaths in its ranking.


Five out of six of the people who died at the Mt. Bachelor Memory Care were in hospice care, meaning, by definition, they had six months or less to live. The philosophy behind hospice care is to make a person’s life as pleasant and painless as possible during their last months of life, and to let any illnesses naturally run its course, according to the National Institute on Aging. Gov. Brown’s March order made an exception for visitation for hospice patients.


Mallory DaCosta, the executive director of Mt. Bachelor Memory Care, said that from the beginning of the pandemic, the facility had a response plan, and closely followed the guidelines from the CDC, as well as the local health authority. DaCosta and her staff also closely monitor the emotional state of the people in their care, she said.


“As we have always done, we continue to provide a high standard of care, including mental health support, for our residents and their loved ones, all of whom are challenged by the dynamics of this unprecedented health crisis, including visitation restrictions for safety reasons,” DaCosta wrote in an email to the Source.


“Clearly having close contact with loved ones through outdoor visitation can help heal and provide comfort,” she said.


It could be several months before the facility will qualify for outside visitors. It won’t be cleared until there are no new positive cases for 14 days, according to Emerson of DCHS. 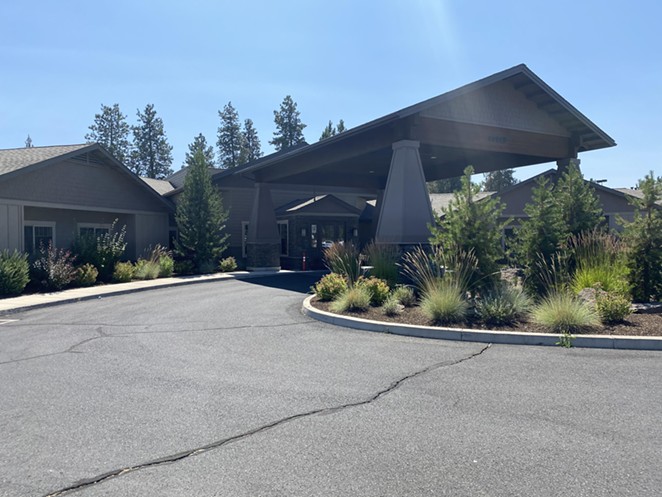 
Several other facilities in Central Oregon now have restricted admission due to at least one staff member testing positive or having symptoms of COVID-19, according to documents from the Oregon Health Authority. These include Aspen Ridge Memory Care, Bend Transitional Care, Pilot Butte Rehab in Bend; Brookdale Redmond and Brookdale Redmond Clare Bridge in Redmond; and High Lookee Lodge at Warm Springs.


“Our main concern is to protect our residents, keep them healthy and safe and to provide the emotional support they need most when they cannot be comforted by the simplicity of a hug from a loved one,” DaCosta said.


In early June, Gov. Brown announced a plan to test all residents and staff at long-term care facilities in Oregon, beginning with the facilities at the highest risk, according to a June 9 press release.


“Expanding testing is an essential first step that will allow us to examine how visitation policies can be safely and incrementally eased,” Brown said.


Deschutes County participated in a pilot of the program and tested workers and residents at five local facilities, but no cases were found, Emerson said.