"Searching" looks for new ways to tell a story 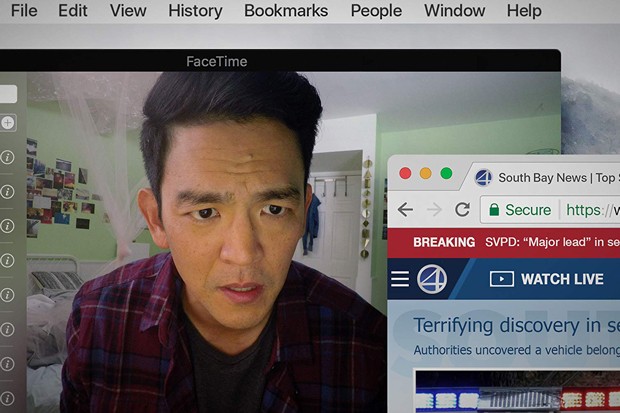 David Kim's 16-year-old daughter Margot is missing. She's a good student who takes piano lessons, helps her classmates study and has a seemingly open relationship with her father, who's still reeling from the death of his wife. David doesn't talk to Margot about her departed mother; instead filling their time chatting about the latest episode of "The Voice" or how she did on her latest biology test.

Margot goes to a study session with friends that's supposed to last all night, but later that evening she tries calling her sleeping father before disappearing into thin air. The story about a determined parent hunting for their missing child isn't a new one, but "Searching" takes a novel approach to the material.

The entire story is told from the POV of David Kim, who's always looking into computer monitors and cameras that capture the truth of Margot's disappearance with a completely unemotional eye. The audience watches the mystery unravel at the same time as Kim does, slowly giving context to the digital breadcrumbs Margot has left behind. Did she run away? Was she kidnapped and killed by a random psycho? What David uncovers as he searches every Facebook message and Tumblr post isn't the depths of some devilish conspiracy, but just how little he truly knew his teenage daughter.

This filmmaking gimmick, coined "Screen Life" by the filmmakers, could have been an annoying conceit that obscured the storytelling in order to be a slick and hollow genre exercise, but instead it ratchets up the tension to almost-unbearable levels. Working closely with a local detective played by the always-welcome Debra Messing, Kim uncovers enough red herrings and twisty turns that Hitchcock would have been overwhelmed.

"Searching" could have easily been another victim of style over substance, but the filmmakers never lose sight of the characters and the central father/daughter relationship that makes up the heart of the story. By giving us a window into Margot's Facebook, Tumblr, Instagram and streaming habits, we don't just get to know the missing girl on a surface level; instead we're allowed inside her brain, watching her thought processes work in real time.

The film isn't quite as groundbreaking as critics would have you believe (Nacho Vigalondo's 2014 thriller "Open Windows" already invented the "Screen Life" genre), but writer/director Aneesh Chaganty breathes new life into the form, giving us a preview of what will probably be a huge gimmick for the next few years. If future filmmakers pull it off as well as Chaganty, then I welcome the change.