Lost in the Stream | The Source Weekly - Bend, Oregon

Lost in the Stream

Most studios nowadays have a deal set up with a streaming service to launch their new releases either the day and date of the theatrical release or within a month of opening night. This simultaneously allows the studios to get more of a return on their investment if it doesn't do well theatrically, while also allowing word of mouth to spread from the massive number of people who aren't going to see movies in theaters.

It's nice to see new movies online sooner than before COVID. But that also means the amount of content showing up on streaming services grows larger daily, leaving some pretty great (and way more terrible) movies to slip by normal human people who don't get paid to watch movies like I do. So, I gave myself an assignment: Watch 2022 releases from multiple different streamers that snuck past me in theaters or never made it off of a streaming service to begin with. I didn't hit all the streamers, but I did OK.

"On the Count of Three:" Jerrod Carmichael is having a very good year. His stand-up special, "Rothaniel," is by far the best live comedy performance of 2022 (by far) and his directorial debut, "On the Count of Three," is an unforgettable pitch-black comedy that forces its audience to choose between laughing hysterically or feeling deeply uncomfortable...sometimes in the same scene. Two best friends (Carmichael and the rapidly rising movie star Christopher Abbott) make a pact to kill themselves after one last day of checking things off of their bucket lists. This is a movie I will revisit many more times, as it's one of the most incisive looks at trauma, depression and mental illness I've seen in years. Carmichael is an astounding talent.

"On the Count of Three"
Dir. Jerrod Carmichael
Grade: A-
Hulu 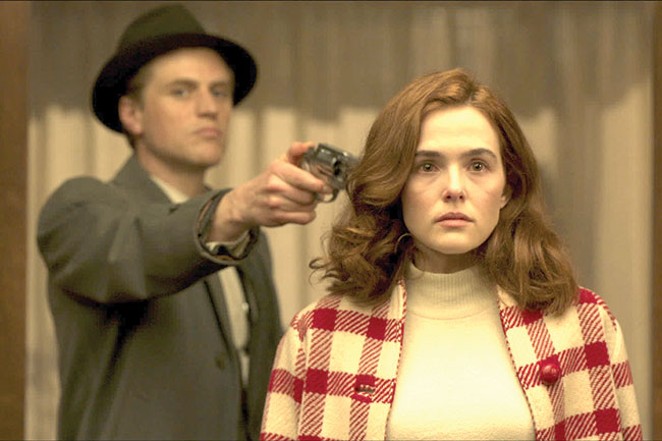 "The Outfit:" This played in theaters for like five minutes and I missed it completely, which is a shame since this is a half-classy/half-goofy chamber thriller set in a tailor shop in 1950s Chicago. The great Mark Rylance plays an English "cutter" who deals with gangsters, femme fatales and bloodshed over one very long night when all he wants to do is craft really gorgeous bespoke suits. "The Outfit" could easily be turned into a play, as it's set completely in one location and deals with a small cast of characters all of whom have a secret. An absolute blast that progressively gets sillier and more fun as it goes. 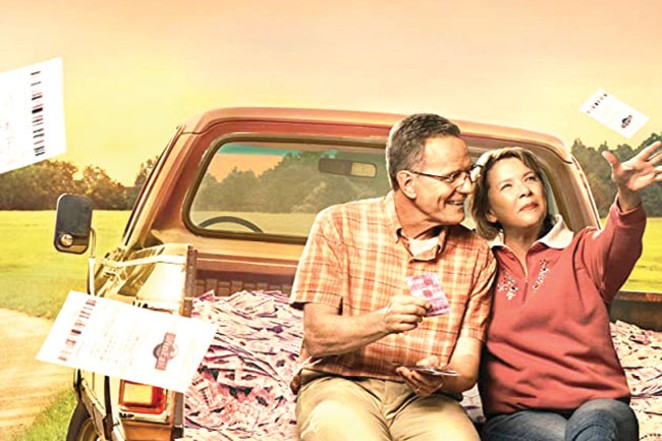 "Jerry and Marge Go Large:" It doesn't feel like Bryan Cranston has really locked into his next big performance post-"Breaking Bad" yet, but this is a warm and fuzzy place to start. Cranston and Annette Bening play a retired couple who figure out a loophole in the lottery and use it to breathe life back into the small town they call home. I'm a sucker for movies that focus on community and human connection, so even in the moments that the film slipped into cliche, I was still mostly charmed.

"Secret Headquarters:" I figured I should make this article balanced and watch a family movie starring Owen Wilson that looked like an updated version of "Spy Kids," but I was wrong and made a terrible mistake. This is bland, boring and I don't wanna talk about it anymore.

"Umma:" And why not wrap up my tour of the streamers with a horror flick starring Sandra Oh and produced by the great Sam Raimi? "Umma" follows Oh as a single mother and Korean immigrant, homeschooling her daughter on a rural farm, who is being haunted by the vengeful spirit of her abusive mother. The pedigree is solid, but instead of being a chilling slow-burn horror flick along the lines of "Hereditary," it never rises above the cliched metaphors it's trafficking in. A Korean/American thriller focused on generational trauma and inherited scars is a brilliant idea, but this isn't the way to execute those themes. A sad missed opportunity.