By the end of his Amphitheater show, Lyle Lovett wants you to know more about each of his (many) touring musicians

This summer, Lyle Lovett is once again doing an extensive tour of the U.S. This means he gets to experience one of his favorite aspects of being a musician on a nightly basis.

"I just appreciate them so much," Lovett said of his touring musicians, which over the years he has deployed in various configurations, from a small acoustic combo up to his Large Band, which has had as many as 16 members. "I mean, nothing gives me a greater thrill in my musical life than to get to stand in the middle of them and listen to them. I get to do that every night. So just to stand there and listen to them think, that's really what it amounts to, it's just fun." 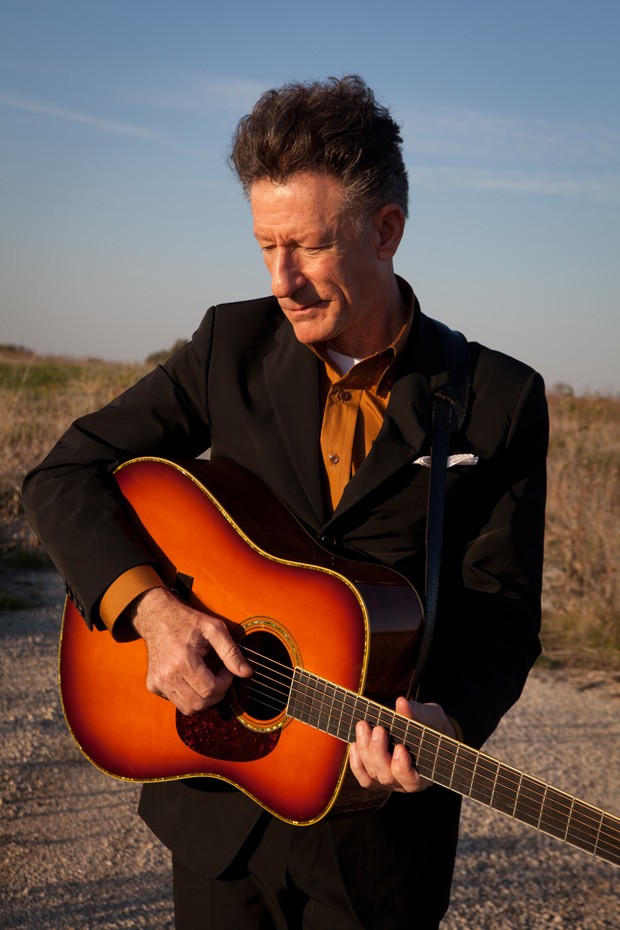 But it's been some time since he's had that experience in the studio. That's because Lovett has gone seven years since he last released a studio album.

An end to the drought of new Lovett music is on the horizon, as he plans to enter the studio in November to make a new album. Because "Release Me" and 2009's "Natural Forces" were made up mostly of songs written by Lovett's favorite artists, this will be his first album of primarily original songs since his ninth album, the 2007 release, "It's Not Big It's Large."

The long gap between albums has partly been a function of the titanic changes that have occurred in the music industry—namely, downloading and streaming.

"Release Me" marked the end of the record deal Lovett signed with MCA/Curb Records (and its parent company, Universal) before releasing his self-titled debut album in 1986. Lovett stepped back to take stock of how the music industry was changing before deciding how he would move forward.

Finally, last November Lovett signed with Verve Records, a label also owned by Universal, and his familiarity with the parent company played a big role in Lovett's decision.

"I always worked more closely with the MCA side of the record deal than Curb," Lovett said. "So I like the company. They administer my publishing as well. I've been with two publishing companies over the years, Criterion Music and PolyGram, and Universal bought both of those publishing companies. So I have a relationship with Universal anyway."

Lovett said he has not yet settled on the songs that will go on his next album. But he can say one thing with some certainty: There won't be a unifying concept to the songs."

"The theme really is just my life experience," Lovett said. "With just about every song I've recorded, I can point to something I've experienced, either gone through or something that I observed or happened that was real. And then writing about it is a great way to remember that, really, that experience. Writing about it, in a personal way, for me, it helps me to appreciate some of the things I've gotten to live through."

Lovett said fans can expect the album to feature the kind of diversity that has characterized his previous albums – and the musical range of his live shows (including the June 29 show at the Les Schwab Amphitheater in Bend). The new songs could incorporate any number of styles, including country, soul, blues, bluegrass, rock or horn-accented swing and jazz.

And when recording sessions begin, Lovett will approach the new album with the same goal that's behind which songs he chooses to perform at each concert and how the songs are arranged for live performance. He wants to showcase his band.

"By the end of the show, I'd like everyone in the audience to feel as though they've gotten to know everybody on stage," he said. "So that's really how the arrangements, the live arrangements come from that. It really is a matter of thinking of ways to expand a song or take a song in a direction that would allow someone in the band to be featured. So we might expand some of the solos and include instruments and solo sections that might not be on the recording.  It's a way to say 'Hey, check this guy out because he's really good.'"