Standardized test scores are down by 9% in Oregon, and both Bend-La Pine Schools and the Redmond School District trended down in all three subjects. The 2021-22 school year was the first time students have taken standardized tests since the 2018-19 school year, after the pandemic disrupted education.

"While we avoided steep declines seen in some districts across the nation, we did experience an overall dip," said Dave VanLoo, director of school improvement at BLPS. "Likely these results are connected to the disrupted learning that students experienced during the pandemic, which included a variety of increased stressors both in and outside of school for families.


“What we attribute that to mostly is the pandemic. So that lost learning that happened in the pandemic, things like attendance issues from having to quarantine, the challenges of online learning, that's what we think caused it,” said Holly Brown, public information officer for the Redmond School District. “Now that we're back in school we are hoping that we can have better attendance and that face-to-face education.”


As standardized tests return from a COVID-caused hiatus, schools are starting to see the impact the pandemic had on student success. Nationally, reading scores declined more than they have in 30 years and math, decreasing for the first time since the National Center for Education Statistics started tracking scores. Averages scores fell 7% in math and 5% in reading for 9-year-old students.


"These are some of the largest declines we have observed in a single assessment cycle in 50 years of the NAEP program," Daniel McGrath, the acting associate commissioner of NCES, told NPR. "Students in 2022 are performing at a level last seen two decades ago."


All demographic groups saw scores slip nationally, but students of color and those attending less-affluent schools saw more dramatic drops. Participation in Oregon’s standardized tests also dropped. In BLPS about 83.8% of students tested in reading in the ‘21-22 school year compared to 88.2% during the last round of testing and 81.5% in math, compared to 86.1%. 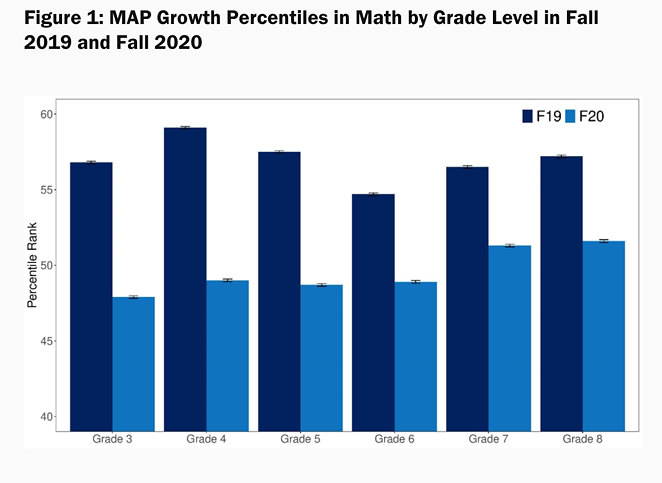 Redmond saw an even greater drop, testing more than 10% fewer students than it did in the 18-19 school year. Less than 70% of Redmond students took a standardized test in any of the three subjects.


“We wish that more people would participate, because the scores are meant to be a measurement standard. And if we're not getting a great participation rate, then we can't really properly assess that data,” Brown said.


Those numbers are critical for administrators to allocate resources. The data break down demographic groups and whether they participate in certain school programs like English-language learning students and Special Ed students.


“Every year that the testing data comes out, we take a look and see in what areas what student focus groups that we might need to allocate some more resources to and try to improve those numbers,” Brown said. “We're just hoping that more students will participate in the testing so that we can assess our programs and, and really give the best education and devote the right assets where they need to be devoted to the school district.”


During the pandemic, Oregon was slower to return to in-person learning compared to other states, and though enrollment isn’t back at its pre-COVID peak in BLPS and RSD, students are slowly re-entering the public school system. BLPS enrollment is pretty much the same as last year, but its online program has a total population of 180 students—about 70 fewer students than the district anticipated. In Redmond there are about 50 more students than last year, which may not indicate people returning to traditional schooling rather than standard growth from Redmond’s rising population.


“This school year, it looks like we had like a standard increase. There wasn't anything super surprising. But we are still under our pre COVID numbers by a little over 300 students,” Brown said.