Luck's Got (Almost) Nothing to do With It | The Source Weekly - Bend, Oregon

Luck's Got (Almost) Nothing to do With It

The Powerball is currently valued at $365 million. In a couple of days, some lucky person could pick the right combination of numbers, changing their life forever. One local man may have a better chance than most, thanks to his unique outlook on the lottery. Christopher Thomas has won more than $130,000 playing Keno over the last several years.

Keno is an old game, originating in China and fabled to have raised the tax dollars that funded the Great Wall. The rules are simple: there are 80 numbers on a sheet, players choose how many numbers they want to select — called spots — and then pick their numbers. Numbers are then selected randomly, and players are paid out based on how many of their numbers hit. 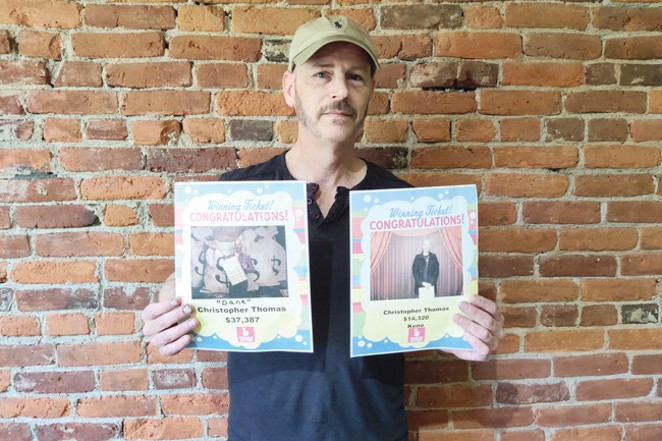 Thomas' leap into Keno started in 2013. He'd played the game casually, but usually opted for the lower three-spot or four-spot options, which had lower payouts but a higher probability of winning.

"With my last $5 I decided, 'Oh, what the hell, I'll play the eight spot.' And in the third game, I got seven out of eight numbers and won $1,750. That was my first taxable win," Thomas said. "The thought occurred to me, since I won that maybe I should just take three days and play $5 every hour on the hour and just see what happens. And on the third day, I hit the seven spot, and won $14,300."

Thomas's first two big wins were exciting, but lucky. He decided to keep playing regularly, and two weeks later, he hit an eight spot for $37,000. It remains his biggest win to date, and he would've missed it if his plans for the evening hadn't fallen through.

“You gamble first and foremost to have fun, and not take it too seriously. But you also gamble in the hopes of winning that kind of money not to throw it back in.”—Christopher Thomas tweet this

"The only reason I won the $37,000 – and I still laugh about this 'til this day – is because I got stood up on a date," he said. "I got the pleasure of calling him and saying, 'Hey, thanks for standing me up, because I just won $37 grand,' which was really cool, and just kind of started this wheel in motion."

After the big win and a photo shoot with the Oregon Lottery, Thomas said he started playing more strategically. He started trying to get a feel for how numbers tended to cluster throughout the day, and the effectiveness of bonuses. He even started studying numerology.

"I'm always learning something new, but I would say I became more focused and paid more attention around 2015-16," Thomas said. "The last few years, I've been winning a little bit more because I've been paying attention to how they group more, and anticipating how the numbers may come up the next game."

After his fifth big win, people started suggesting Thomas write a book about his gambling exploits. He's journaled about Keno for several years and typed out notes on the computer; before he knew it he'd written a book.

"There are a lot of lottery winners who have done the same thing and written books. Everyone has their own perspective. Every state is different with what games they have and their rules and regulations. But I just thought it would be fun," Thomas said.

Thomas said the most important chapter in his book is on responsible gambling. He learned how much money people can waste in the lottery when the Powerball nearly reached $2 billion in 2018, and he saw people spending nearly $1,000 on tickets. He later befriended someone who, in just six months, blew through the $175,000 she earned from selling her home.

"You gamble first and foremost to have fun, and not take it too seriously. But you also gamble in the hopes of winning that kind of money, not to throw it back in," Thomas said. "That was a very, very important chapter to write to make sure people understand – your rent, your utilities, all your bills come first. Gambling comes last, and just have fun with it." 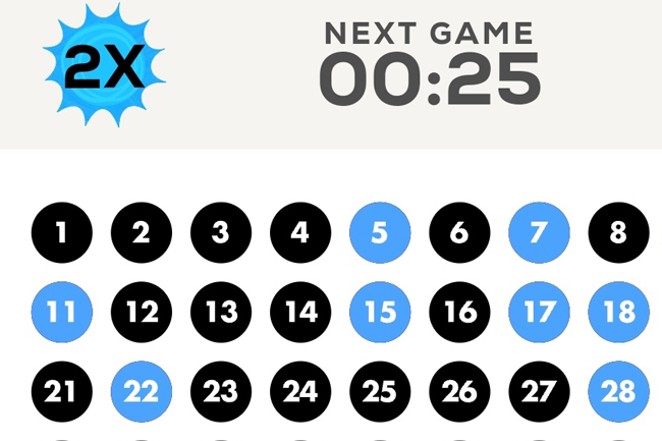 Responsible gambling is one of the reasons Thomas prefers Keno. A game of Keno only costs $1 without any multipliers or bullseyes, and has a better chance of paying off than other lottery games.

"It's not only the cheapest game to play, but it also has the best odds of winning some of the bigger amounts," he said. "On video poker, if you put 20 bucks in, and the machine's not paying off those 20 bucks, it's gone in like five minutes. But on Keno, 20 bucks will last you an hour and a half. So I always tell people, Keno may not be as exciting as video poker, but in the long run the odds are way better."

Thomas isn't playing as much as he used to — he's currently spending 30 hours a week pursuing a bachelor's degree in health care management on top of a 40-hour work week as a caregiver for elderly and disabled clients. For years, he has kept a tight lip about his system, hoping to avoid people pestering him about it, or hitting him up for cash.

"I used to be a little more quiet, because I would literally get mobbed and have people ask me for money more than you can imagine," Thomas said. "But one thing I've learned is how to say no."