Wirkkala, found guilty of murder in 2014, walked free after arguing he acted in self-defense

Luke Wirkkala knew it was risky to go back to trial for killing his houseguest, David Ryder, in 2013. If he lost, he could face a life in prison. Still, Wirkkala refused settlements that would have guaranteed him a release date and, instead, went back to the courtroom to testify that he had acted in self-defense after Ryder allegedly assaulted him. 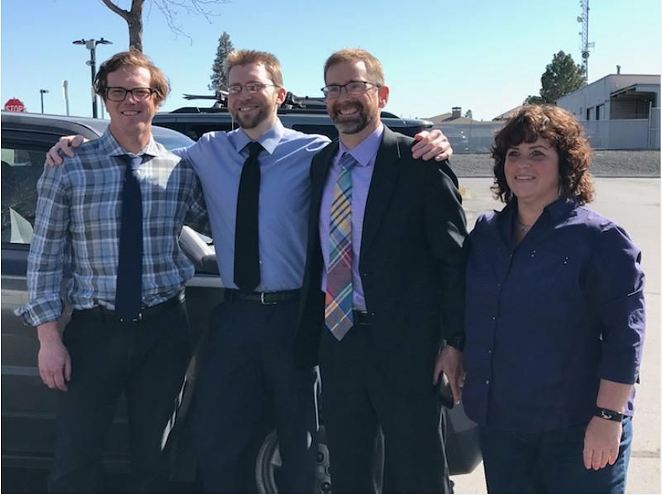 On April 5, Wirkkala’s gamble paid off, and he walked free for the first time in eight years. After three weeks of testimonies and hours of deliberations, the 12-person Deschutes County jury voted to acquit Wirkkala.

“It was terrifying that final day when I'm waiting for the verdict,” Wirkkala told the Source Weekly. “Obviously, I'm thinking about what happened last time.”

Wirkkala was first convicted in 2014 on charges of second-degree murder, sentencing him to a life in prison with the possibility of parole after 25 years. But the Oregon Board of Appeals overturned the decision and ordered a retrial in 2018, determining that police should have stopped an initial interrogation of Wirkkala when he asked for an attorney.

The facts of the trial remained the same. Wirkkala and Ryder had both been in their 30s and had both recently moved to Bend. Wirkkala grew up in Astoria and was working as a freelance photographer and writer. Ryder, a Kentucky native, was working as a software engineer at G5 in Bend. They met in a campground and hung out a few times.

After a day of Super Bowl drinking in 2013, Wirkkala returned with Ryder to his home for a nightcap. Wirkkala’s then-girlfriend Rachel Rasmussen and her 11-year-old son and 16-year-old nephew were also home. At 2:30 a.m., Wirkkala fired a shotgun at Ryder, killing him instantly.

DNA evidence shows the two had sexual contact prior to the shooting. Wirkkala’s saliva was found on Ryder’s penis. Wirkkala also had strangulation marks on his neck, and his skin was found under Ryder’s skin.

Wirkkala’s defense argued that he acted to defend himself and his family after being assaulted, while the state prosecutors argued the shooting was more calculated. In her closing argument, prosecutor Kristen Hoffmeyer suggested, “It’s possible it was a consensual encounter, (Wirkkala) stopped it and felt ashamed.”

Meanwhile, the defense characterized Ryder as a “violent threat” and deemed Wirkkala’s actions a “reasonable act of force.” They called expert witnesses to the stands to tie the physical evidence to Wirkkala’s narrative.

“My lawyers did a much better job of pointing out all of the physical evidence (than in the first trial),” Wirkkala said.

Wirkkala has long argued that he fell asleep in his home and woke up to Ryder forcing him to perform oral sex and strangling him.  He says he proceeded to get his shotgun from his bedroom to intimidate Ryder.

“I never thought when he saw me with a shotgun, that he would come charging at me,” Wirkkala said. “I was expecting kind of the opposite result, like it would scare him, and he would leave my house.”

In addition to the physical evidence, the defense had prepared several people to testify about Ryder’s “prior bad acts,” which were exempted from the first trial. They specifically aimed to show the jury that Ryder was kicked out of the Navy in 2004 for drinking, with reports of being sexually aggressive and violent toward passed-out males. Judge Randy Miller largely ruled against including this evidence in the second trial as well.

“It was terrifying that final day when I'm waiting for the verdict. Obviously, I'm thinking about what happened last time.”—Luke Wirkkala tweet this

Ryder’s family didn’t respond to requests for comment about the trial.

Wirkkala’s friends and family have long supported his cause, starting a “Free Luke Wirkkala” campaign and holding protests around Deschutes County. Their goal was finally realized when the jury ultimately found Wirkkala not guilty by 10-2. Ten votes were needed for a finding of not guilty, while 12 would have been needed for a guilty verdict.

After reaching the not-guilty verdict, Judge Miller said, "Mr. Wirkkala, you are free to go.”

Upon his release, Wirkkala and his family went home to southwest Washington. Wirkkala described this as a “surreal” and “whirlwind” experience. He’s adjusting to normal activities, like using a metal fork or buying a Vanilla Coke at the store.

“It's going to be a little while for my transition,” Wirkkala, now 40, said. “I'm kind of starting over from scratch.”

He told the Source he plans to get back into freelance photography and writing, the latter of which he continued while in prison. He’s writing a book about his experience with wrongful conviction, prosecutorial misconduct and the criminal justice system.

“If I do a good enough job with this book,” he said. “I think it's the kind of story that people can read and have the realization that you know what, if this could happen to this guy, it could happen to me.”