At the Oregon Shakespeare Festival, staging shows outdoors brings an element of the unknown

It's almost dark when a crow shoots across the sky, making its signature "caw" during a pause in the dialogue of "Macbeth." As much as it endeavors to curate the audience experience, the Oregon Shakespeare Festival can't control everything that happens in the Allen Elizabethan Theatre—the outdoor space which saw the opening of its summer season June 7. Beyond the endless rehearsing, the elaborate costuming and the careful choreographing of bodies on the stage, a lone crow darting across the darkening sky is just one of those magical additions. 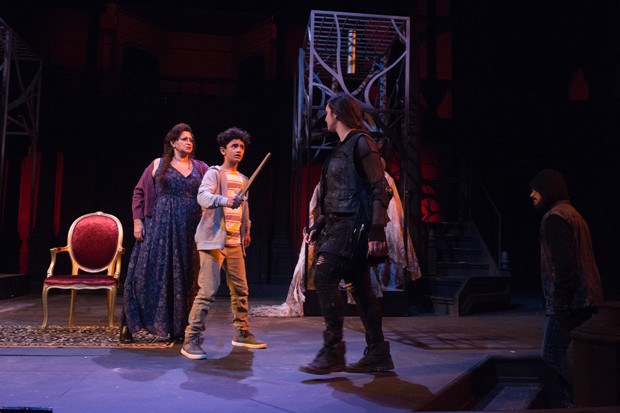 Signifying both death and bad luck as well as intelligence and destiny, crows may be fitting visitors for almost any of Shakespeare's tragedies—including "Macbeth"—though director José Luis Valenzuela doesn't necessarily see the Scottish play as being all about tragedy. During a discussion with the director June 9, Valenzuela said he believes the play is one of the greatest love stories in Shakespeare's canon. Instead of being just a play that sees nearly everyone dead in the end, Valenzuela said at least some of his decisions were based on the notion of (to paraphrase), what would this character do in the name of great love?

In Valenzuela's interpretation, they'd do almost anything, including (SPOILER) tearing the unborn child from the belly of frenemy Lady Macduff (played by Michele Mais), in graphic detail on stage. It was brutal—but that's what the director was going for.

"I wanted him (Macbeth, played by Danforth Comins) to be up there watching them kill Lady Macduff and not feel remorse about it," Valenzuela said. "The idea is that even though he knows what it is—the pain of losing your child—he still does it. It's all part of the love story and their relationship." In this version of Macbeth, the play opens with what appears to be the funeral of the child of Macbeth and Lady Macbeth (Amy Kim Waschke).

"What can drive a hero and his wife to lose their humanity in search of power?" Valenzuela writes in the playbill, driving that point home with blood and violence.

Whether from a solo bird on the wing, or from this dark, epically violent play, expect darkly magical moments from OSF's "Macbeth" this season. 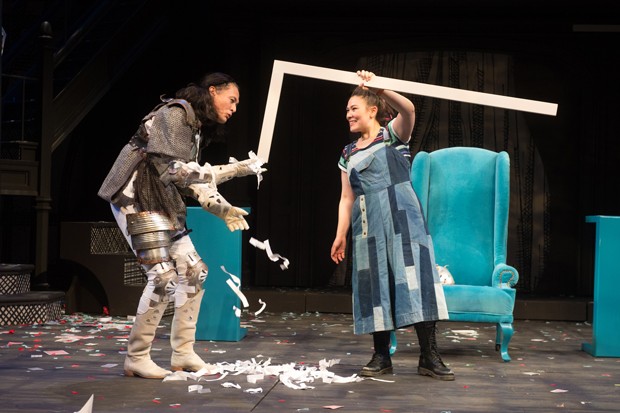 Adjacent to the OSF complex is Lithia Park, which gives way to the Oredson Todd Woods and Siskiyou Mountain Park as you wend your way east-ish up the road. A few miles in you'll find the White Rabbit Trail—one of several loops and trails that bear names from Alice in Wonderland. If this isn't a fitting prelude to a night watching the "Alice in Wonderland" musical in "The Lizzie"—the name insiders give the Allen—then I don't know what is. Thank you, Ashland, for making the beginning tie to the end, like all great stories.

Watching more than one play in a weekend reveals something that adds to OSF's magic: The actors you saw the night before may very well be playing quite-opposite characters the next night. Three plays are in rotation in The Lizzie this season; including "Macbeth," "Alice" and "All's Well That Ends Well." This run, Lady Macbeth (Amy Kim Waschke) morphs into both the angry Queen of Hearts and a doddering Dodo in "Alice," demonstrating not only how hard these actors work, but how wide their range can be.

And while elaborate can be the name of the game for this company, one of the more memorable parts of this "Alice" is the continued use of some simple props. A set of hoops of different sizes serves as the tunnel Alice (Emily Ota) falls through. They come back later as puffs of the caterpillar's smoke, and as the surface of water. "L" shaped forms serve as frames and horses, among other purposes—evidence that simple solutions can serve great purposes. 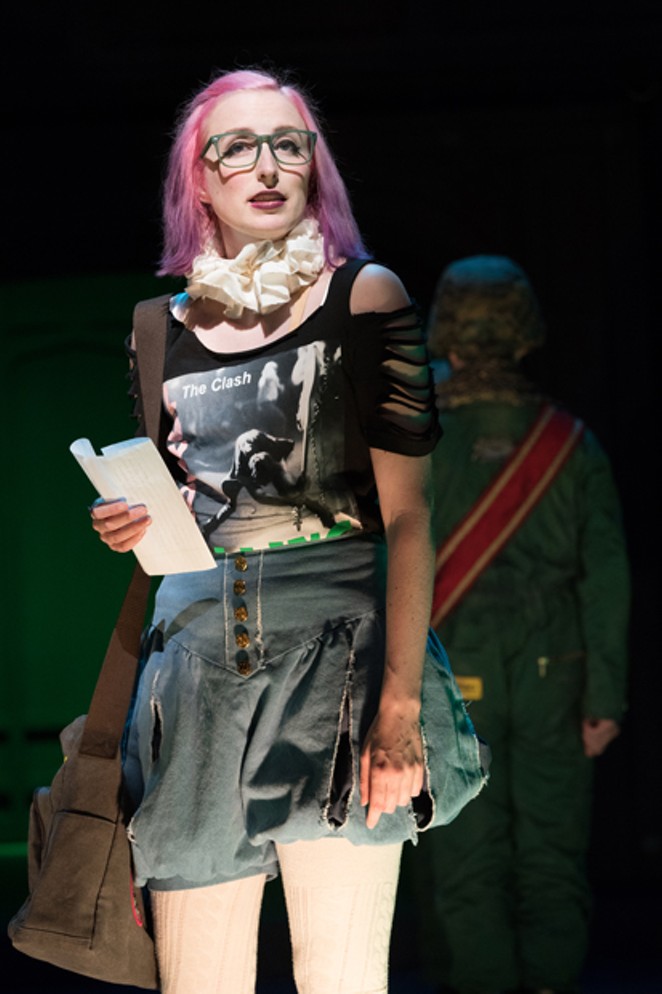 Some complain when Shakespeare is done with modern costumes and settings. Others want a change from all that Elizabethan flourish. With "All's Well That Ends Well," neither side wins; yet neither loses, as the costumes are both modern and Elizabethan.

Main character Helen (Royer Bockus) sports a Clash t-shirt along with a fluffy Elizabethan-style collar. Emo mom, the Countess of Rosillion (Vilma Silva), wears a Chanel-branded dress with a long cloak. The marriage somehow works, bringing together some of the humor and lightness of the modern world with the embellished silliness we get from Shakespeare's comedies.

But is "All's Well" a comedy or tragedy, or both? In its marriage of pop-culture and Elizabethan costumes, OSF is perhaps reminding us of our dual natures; that we can be both tragic and comedic, modern and traditional, all at the same time.