Pacific Pizza is a great addition to the west side 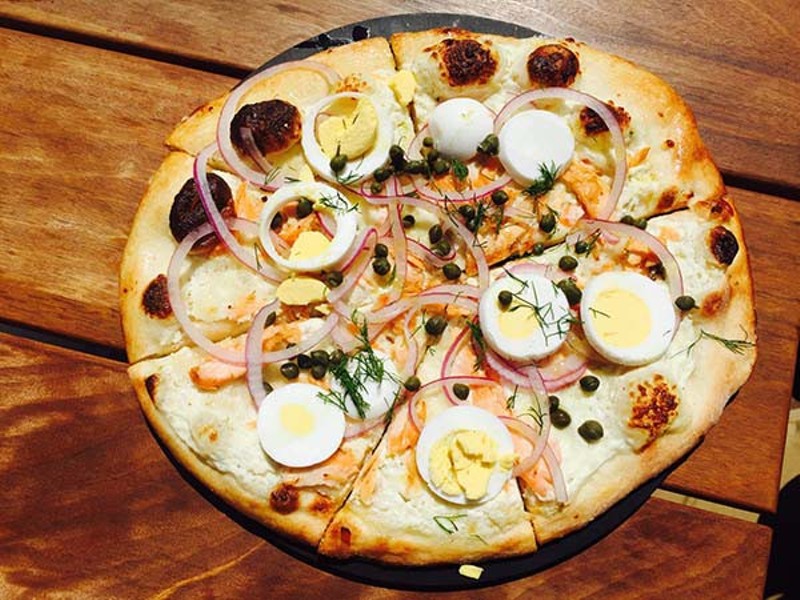 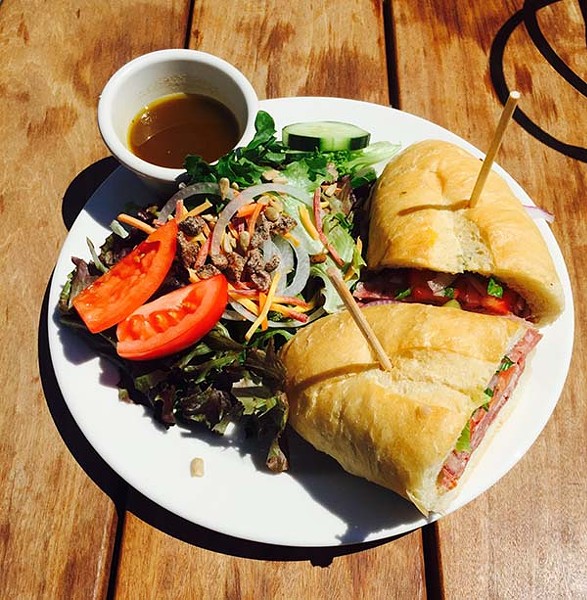 With the opening of the very fine, very friendly, and absolutely creative Pacific Pizza in Bend, the answer is most certainly: no.

Open for about a month, at the southern reach of the parking lot for the westside Safeway, Pacific Pizza is not located in the most enviable spot. Yet, it is simply gorgeous—a modern, open, airy space with high ceilings and abundant windows. The spacious venue, with its roll-up garage doors, makes Pacific Pizza an instant westside answer to the east side's popular Worthy Brewing, which has emerged over the past year as much for its pizza as its beer.

There is an adjacent patio that is surprisingly peaceful and quiet, in spite of its vicinity to SW Century Drive. Even though we visited at lunchtime, the amiable server gushed about what a great place it is to catch a sunset. Not quite the vantage of Crux or a picnic on Pilot Butte, but there is a straight shot view of Mt. Bachelor, and the charm for an evening dinner is easy to see.

But it is far more than the easy-going setting and easy-going staff that makes Pacific Pizza a standout: There is an incredibly varied and creative menu, with various twists and turns on conventional pizzeria fare. Oh sure, there is a margherita, and a loaded veggie pizza—that includes not just one, but a second tier of vegetables like artichoke hearts and green olives, which give the old standby another level of sophistication. Another solid bet for the vegetarian who doesn't mind being that person who asks for a modification (note: they don't allow substitutions, but subtractions are fine), is the Greek sausage pizza, hold the sausage. With feta cheese, Kalamata olives, and artichoke hearts, it's almost as salty as the Mediterranean Sea—in a good way.

The meat pizzas are their strong suit, though, with sausages and chorizos made in-house, and chicken and steelhead smoked on-site. The Calexico is their most popular order, according to our server (did we mention how nice the service is?); served with their homemade chorizo, two types of cheese, and Roma tomatoes. Another unique order is the Pacific Steelhead, a white-sauce pie topped with in-house smoked steelhead salmon, a sprinkling of capers, fresh dill, and a sliced hard-boiled egg. When served, the dill smell filled the room (and we were sitting outside!). Delectable sandwiches round out the distinctive menu.

Locally-owned, it is clear to see that the owners know their audience, and have served up a fantastic and versatile place—great for lunch, nice for a laidback Bend-style date, good for a family outing, and, with long tables, great for an after-game stop for a sports team.