A proposed managed camp for unhoused people caused a stir among neighboring homeowners and educators. But could it work?

Proposals by the City of Bend to create two managed houseless camps received ample pushback from neighboring homeowners, businesses and educators at nearby schools. The issue came up during the Bend City Council's regular meeting Aug. 18.

The City whittled possible sites down to a City-owned parcel off of NE Ninth Street north of Bridgeford Boulevard, and another on SE Third Street south of Murphy Road and the Les Schwab Tire Center. The Ninth Street location proved more controversial due to its proximity to Bend High School, Bear Creek Elementary and Coyner Trail. 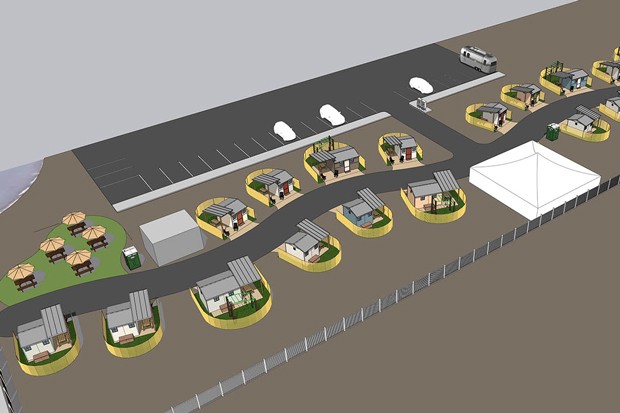 Signatories argued that the area is heavily trafficked by students going to and from school. The Coyner Trail is often used by extracurricular sports teams. The proposed site is also within view of school outdoor areas. The 122 signatories urge the City to choose a different site and study its effect over several years before allowing one near schools.

"We believe that taking the risk of putting the first-ever homeless camp that's been tried in between the two schools is too great a risk for everyone involved in our community," said Lisa Karnopp Nye, a teacher and cross-country coach at Bend High. "So, we would like to see—if the City of Bend does make the decision to pursue homeless camps—we would like to see it happen in a different location, and then assess what the impacts are, what it's about, and then take that information and that research and evaluate whether or not that's a good idea to put it between, or next to, any school."

The managed camps would ideally be publicly owned, house 15 to 25 people on 1 to 2 acres, have perimeter markings like fences or walls, access to water, a street address and proximity to transit and social services. The City aims to find an organization to manage the camp by the end of September and to open it before winter, when low temperatures present a greater danger to unhoused communities.

"I believe these people are envisioning Hunnel Road being dropped into their neighborhood. If I thought that was a fact, and it was coming into my neighborhood, I'd probably be standing beside those people." -Jim Porter tweet this

The proposed camps would be 1-2 year temporary sites and fold into the City's broader goals for unhoused services, including a navigation center and Project Turnkey-funded motel renovations. City of Bend Economic Development Director Carolyn Eagan said the City-owned property on Ninth Street, though not ideal in its surroundings, is the City's fastest option in establishing a managed camp because it is city-owned and won't require negotiations with other governments.

"We know that this is not an ideal site; it's in a neighborhood, but we are trying to figure out how we can really convert this site in the shortest amount of time into a safe place for people to stay," Eagan said during City Council's regular meeting on Sept. 2.

Eagan said many of the questions regarding how the camp will operate can best be answered after the City puts out a request for proposal for service providers, who must have experience managing camps, coordinated entry systems, populations served and the rules and regulations governing campers. During the City Council's Sept. 2 meeting, over 25 people called in opposition to the camps, and five in favor.

"We are eager to mitigate as many of those concerns that our community has as possible, and the way that we have always talked about mitigating the broadest number or broadest array of concerns is through our request for proposal process, which will identify a primary manager for the location," Eagan said.

A vision for villages, with Bend's former police chief at the helm

Central Oregon Villages received a grant from the state for emergency housing solutions, including the creation of a village for unhoused people. It's awaiting the City's RFP and its organizers haven't volunteered the nonprofit to manage the proposed camp—but they do have a model for a managed camp based largely around Square One's Opportunity Village out of Eugene, which will help establish the village.


The group worked together informally since 2019 coordinating services like clean water, laundry truck services, mail boxes services, and food deliveries to unhoused people. In February COV defined its mission and in June applied for nonprofit status. 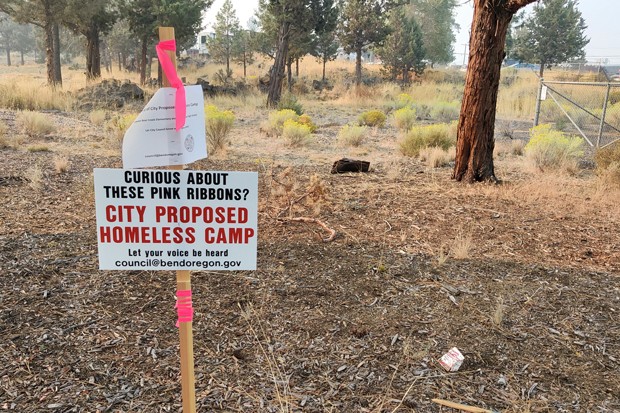 "We are modeling ourselves after their model, and the reason we are is they've had a great deal of success," said Jim Porter, former Bend Police Chief and Central Oregon Villages board president. "When they contact the police chief from Eugene, they say that they're performed exceptionally well, they have almost no problems within there."

The model would be low-barrier to enter but high-barrier to remain, and neighbors would have to demonstrate progress toward goals and participate in the camp's management.

"They will be allowed in, but they have to immediately conform to the key points of the camp is number one, no alcohol or drug abuse, no bullying, no physical fighting," Porter said. "The last entry level that I'm going to talk to on specific is no sex offenders, or child offenders will be allowed within the camp."

Porter is sympathetic to parent's concerns but believes a well-managed camp would look much differently than imagined.

"I believe these people are envisioning Hunnel Road being dropped into their neighborhood. If I thought that was a fact, and it was coming into my neighborhood, I'd probably be standing beside those people, I'd be standing right there with those teachers saying that this is unacceptable," Porter said. "I truly understand why they're concerned, and I don't blame them. But that is not what we as a group are envisioning, nor is what we've adopted as our operating policy."