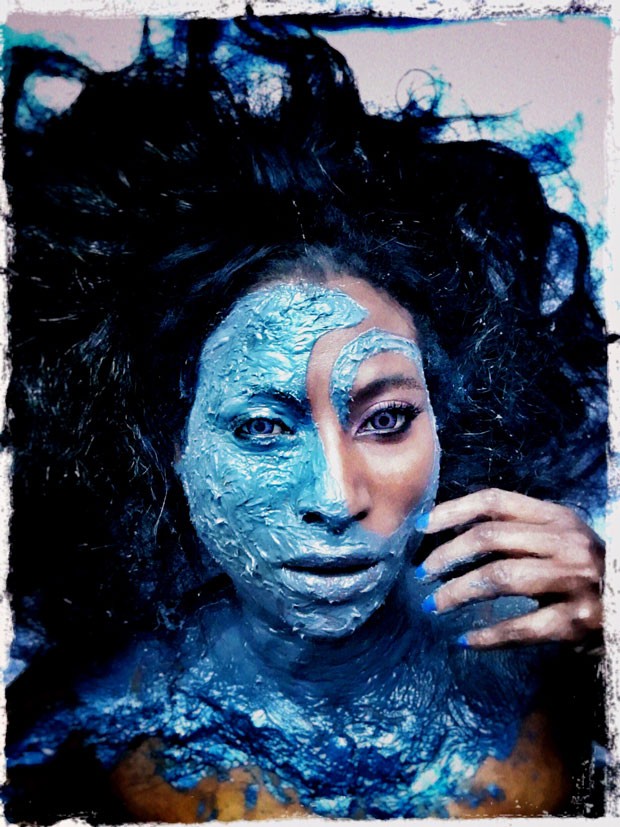 Marie Teilhard uses self-portraiture to explore her various experiences and personal observations from everyday life. Her Instagram feed is a sort of "visual journal," allowing her to explore the various topics of the moment in a way that she can see around them and through them and eventually understand them.

Through modeling relationships with local photographers, she realized she had a lot of concepts, backgrounds and props she was inspired to use in photographs. Because her ideas were so abstract, and other photographers had trouble understanding them, she began to create the images on her own using an iPhone, finding space to shoot in her bathroom or kitchen.

The result was a series of self-portraits she considered "drafts" at first, eventually realizing she could bring them to life on her own. Often inspired by everyday objects, Teilhard will sometime allow them to guide her process. A paper from a package reminded her of heart muscle, leading her to explore the world of dating in the piece "Ventrical," and leading to her covering her face with coffee-stained tears, a metaphorical call to the numerous "coffee dates" one has when exploring the world of online dating. 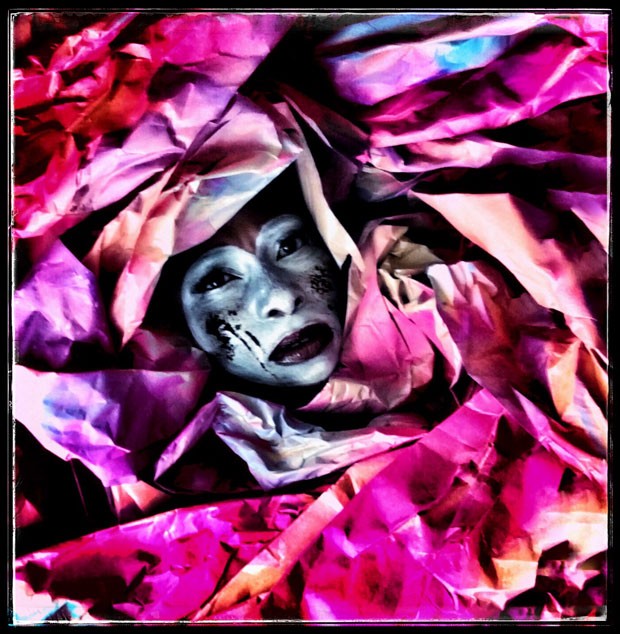 "When you look at images of yourself, you are your own worst critic. There was a lot of self-consciousness. Now, I no longer see myself—that's how I know a concept is working, I don't see myself. Instead, I see the persona," explains Teilhard.

The majority of Teilhard's work can be seen on her Instagram feed. Each image is accompanied by a poetic and narrative description with the context behind the image. Her goal, she says, is to evoke sentimental or cerebral response to the art. "The highest compliment I receive is when someone looks at the art and says 'I know there is something there, but I'm not sure yet.'"