If you're traveling through Oregon, or you're a resident, here's the lowdown on the rules surrounding recreational and medical Mary Jane. 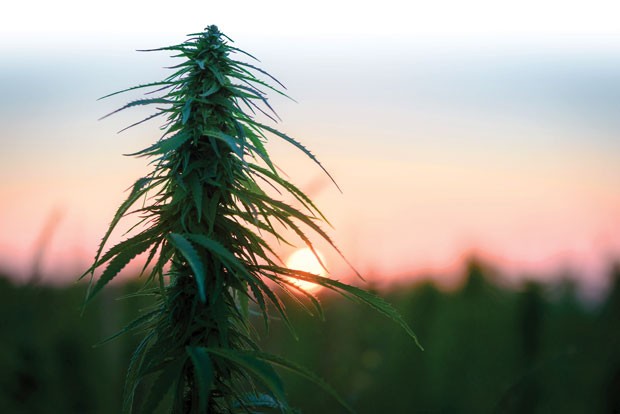 Where you can buy some of that dank stuff:

Buying legal weed is easy, just check out the dispensaries listed in this Leaflet—or find other dispensaries licensed by the Oregon Liquor Control Commission.


Where you can consume

Right now, you can't smoke or use marijuana in a public place—including patios and outside areas at bars and restaurants. If you do, you put the biz's liquor license in jeopardy. According to the OLCC, public places include "hallways, lobbies and other parts of apartment houses and hotels not constituting rooms or apartments designed for actual residence, and highways, streets, schools, places of amusement, parks, playgrounds and premises used in connection with public passenger transportation." Industry advocates are working on public consumption laws, so keep up to date by reading the Source's Smoke Signals section.


Consume your marijuana on private property. And if your landlord doesn't allow it, that's legit.

How Much You Can Have

According to the OLCC, personal possession is limited to:

16 ounces of a cannabinoid product in solid form

72 ounces of a cannabinoid product in liquid form

5 grams of cannabinoid extracts or concentrates, sold alone or contained in an inhalant delivery system

The Oregon Health Authority, who manages medical marijuana, made some changes that went into affect Oct. 1, 2018 regarding the number of immature plants growers can have.

If you're heading to a dispensary, here's what you'll need

Most dispensaries still only accept cash because of federal banking restrictions. However, some are starting to accept cards because small credit unions that are not FDIC insured are accepting transactions from dispensaries. You'll need a legal identification to be admitted into the room selling the flower/extracts/ect. That can include a state driver's license, passport, tribal ID etc.—as long as the ID is valid. Don't walk in with an expired license, or you'll be treated the same as trying to order a drink with outdated ID.

You must be 21 to consume marijuana in Oregon—and that includes consuming at home.

It's illegal to take your marijuana across state lines—do so and you risk a federal offense.

According to the OLCC, "Driving under the influence of intoxicants (DUII) refers to operating a motor vehicle while intoxicated or drugged, including impairment from the use of marijuana."