Pedro Almodóvar changed movies forever, and he did so by simply following his exact vision and never deviating from it...even a little bit. When he moved to Madrid in 1967 to go to the National School of Cinema, he could have never guessed that infamous Spanish dictator Francisco Franco would have it shut down. Such was Almodóvar's brash fearlessness that, as a form of protest, he would make films specifically to challenge Francoist Spain's conservative nationalism and repressive totalitarianism.

After Franco's death, Almodóvar became one of the pre-eminent visionaries of La Movida Madrileña, the countercultural movement that rose up during Spain's transition into a democracy. Almodóvar's early films are so drenched in joyous hedonism and campy fearlessness that it's easy to miss the ever-present danger lurking in the background. Even the silliest Almodóvar films like 1980's "Pepi, Luci, Bom" and 1982's "Labyrinth of Passion" have sexual violence, senseless death and the onset of the AIDS crisis as backdrops to the humor and shenanigans. 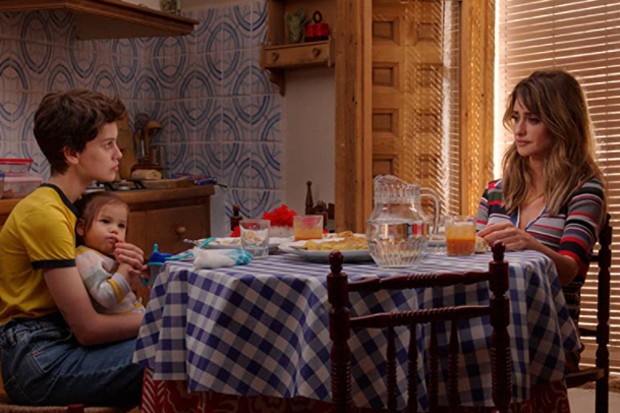 Then, 1987's "Law of Desire" saw him start taking even bigger swings by crafting characters who seemed more human and less as delivery systems for his pages and pages of dialogue and intensely complicated plotting. However, it was 1988's "Women on the Verge of a Nervous Breakdown" that became his first critical and commercial success and placed him on the radar of film lovers across the world.

What's so fascinating to me about Almodóvar is that most of his films are deeply moral melodramas in which there's a central question of ethics that he attempts to answer through revelation of character and story. Usually, his characters make a terrible choice that negatively impacts themselves and others at the end of the first act, their lives are blown up and destroyed in the second and then some sense of redemption is sought in the third. It's a solid structure to build a film career on, but Almodóvar strays from it just enough to never become predictable.

"Parallel Mothers," his eighth collaboration with Penélope Cruz, focuses on two expectant mothers sharing a hospital room right before giving birth, one in her late 40s and the other still a minor. They give birth at the same time and, following a plot reveal I won't give away here, must become incredibly close even as secrets are kept and lives are shattered. There's also a side plot where Cruz's photographer character is attempting to have a world-renowned forensic archaeologist excavate a mass grave that she believes her great-grandfather was buried in during the Spanish Civil War.

That right there shows just a taste of the brilliance of Almodóvar: He makes a movie about mothers giving birth to the future while simultaneously telling a story about the darkness and destruction of Francoist Spain. Sometimes within the space of a single scene he meditates on birth, death and the legacy we leave behind, while also being wryly hysterical and profoundly moving. There are more ideas in just five minutes of this movie than most films carry in their entire running times.

"Parallel Mothers" stands beside "Volver" and "Bad Education" as Almodóvar's best. Even if you're not a fan of the master (or are completely unfamiliar with his work in general), this might be the movie that changes your mind or makes you a lifetime fan. It's a perfect place to jump into his filmography and all of his trademark colors and textures are on full display. "Parallel Mothers" is another gorgeous love letter to cinema, as only Almodóvar can design.