May the Source Be With You: August Edition | The Source Weekly - Bend, Oregon

May the Source Be With You: August Edition

"The Missing," "Black Bird" and "Killers of the Flower Moon"

Just so you're aware: the ghost of Jared Rasic is writing May the Source Be With You this week. The flesh of Mr. Rasic burst into flames and then melted away last week when he tried to go for a walk in 102 degree heat instead of curling up on top of his air conditioner and watching movies like his cat was doing. It was a huge mistake. He left me, his ghost, with a list of things he was enjoying before he became so much steam and mist. Seriously, hydrate and stay cool out there. 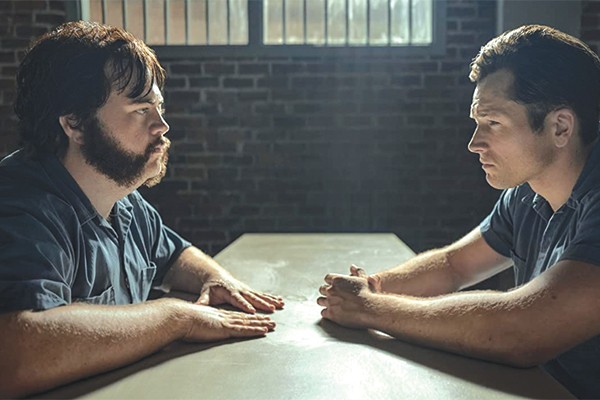 A not-so-fun fact that I just learned that scared the hell out of me is that someone is reported missing every 90 seconds in Britain. I learned this because a friend recommended the podcast, "The Missing," to me recently, and now I can't stop listening. Host Pandora Sykes, in conjunction with Locate International and the charity Missing People, focuses on the 1% of people still missing after a year. The recent episode about Phillip Fudge, a young man who left a Christmas party and was last seen getting into a taxi with a few unidentified folk, has chilled me (which I need, boy is it hot out here) ever since I heard it. Some of these stories are unforgettable.

If you just want some light and fun fiction in your podworld, look no further than "His Saturn Return," a one-off sci-fi comedy coming-of-age story from Sai Sion and the Pineapple Street Studios show "The 11th." Imagine a mash-up of a Saul Williams' dream journal mixed with an intergalactic drag show and you'll come somewhere near the galaxy of this instant classic.

I think AppleTV+ might be quietly dominating the streaming services just based on the strength of its original content. The entire streamer is dedicated to just showing their own shows and movies, which already is an extremely gutsy move. I remember when it first launched there were like three shows and two of them weren't great, but now they have too much content to even dive into in a day.

The show I'm pretty obsessed with right now is "Black Bird," which drops its final episode on Aug. 5, so I guess it could possibly fall apart at the end, but I still feel pretty confident recommending it. Starring a never-better Taron Egerton and an even-better Paul Walter Hauser, the show follows Jimmy Keane, a drug dealer sentenced to 10 years in prison who can get his sentence commuted if he voluntarily transfers to a unit for the criminally insane, befriends a suspected serial killer and gets him to confess where the bodies are buried.

Written by Dennis Lehane, the novelist who wrote "Shutter Island" and also some of the best episodes of "The Wire," this is legit prestige TV that barely anyone has noticed yet. Come awards season this will be huge, so get into it before everyone else and be the cool one in your family and friend group.

Along with "Black Bird," AppleTV+ also has at least one or two seasons of "Ted Lasso" coming, another season of the Jason Momoa post-apocalyptic action show "See" on the way, as well as the delightful and heartwarming "Mythic Quest," Jon Stewart's first new series post-"Daily Show" and a dozen more I don't even have space to mention.

That's not even counting the stuff they haven't come out with yet, like a series from Tim Van Patten of "The Sopranos" and "Boardwalk Empire" fame about Benjamin Franklin, starring Michael Douglas, an adaptation of "Shantaram" by Gregory David Roberts and "Killers of the Flower Moon," the new film from Martin Scorsese, starring Leonardo DiCaprio and Robert De Niro. Seriously, at $4.99 a month, it's definitely a better investment than Netflix.