Look, I realize it's incredibly impersonal to talk about the weather...especially with you. We're closer than that. I'd rather find out how your summer has been and whether you've been properly hydrating—but I know you have. You're responsible; I just worry because it's so hot outside. If you need something to do while cooling down next to a giant fan of some kind, or while floating in an above-ground pool, here are a few things you can stream to make the heat a little more bearable.

I know if there's one thing I appreciate, it's hearing views different than my own. Just kidding; I hate it. But sometimes it's good for me and that's why I just had my mind blown by the podcast Yoga is Dead. One of the newest episodes is called "Karma Capitalism Killed Yoga," and the Indian American hosts Tejal and Jesal break down the predators within the yoga scene. I guess I'm such a sweet summer child that I just assumed that if you were in the yoga scene you were probably into it for good reasons, but I should have known. There's something sketchy about those hot yoga instructors. I think they might be sadists.

Season Three of Hello from the Magic Tavern just started a couple of weeks ago and it's as funny as ever. In case you don't listen to the show, it has the high-concept premise that a dude falls into a magic portal with all of his podcasting gear, lands in a world of magic and whimsy and starts a podcast with a wizard and a shapeshifter. Oh, and the entire thing is improvised, meaning that any and every idea that they come up with during any given episode becomes set-in-stone mythology for the series. It's a hoot.

Now that the weather is so nice, you definitely don't want to waste your time on garbage, so let me see if I can be of any help.

"Another Life" wants to be an intimate sci-fi epic along the lines of "Arrival," but instead it's just scene after scene stolen from other better sci-fi movies. It's nice to see Katee Sackhoff (Starbuck from "Battlestar Galactica") on the screen again, but her presence just reminds me of much-better space shows.

The final season of "Orange is the New Black" is underwhelming, the new Netflix original movie "Girls with Balls" is the worst horror movie I've seen so far this year, and the new season of "Dear White People" slows the pace down to a crawl. Hopefully when the new season of "Mindhunter" lands soon, then Netflix will get its groove back. 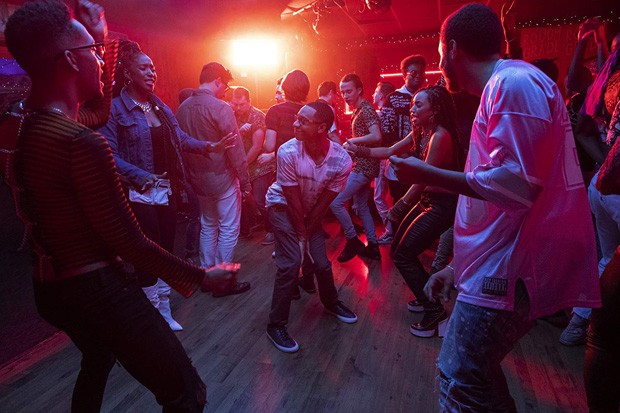 For intelligent and excellent programming, check out the new season of "The Sinner," which is the highlight of 2019 television for me so far. Or check out the piercing thriller "The Red Sea Diving Resort," the shockingly entertaining vampire thrill ride "Van Helsing" or the surprisingly hilarious "Toast of London." Seriously, watch whatever you want, but please avoid "Girls with Balls." That's one of the worst. Ever.