I can't believe it's been another year of writing for all you beautiful people. We've had our ups and downs, learned some valuable lessons and realized that the real treasure was the friends we made along the way. Our hearts were invaded by a Baby Yoda, our internet had deep fakes that were somehow more believable than real life and, somehow, Jeffrey Epstein managed to transcend death and became a meme. 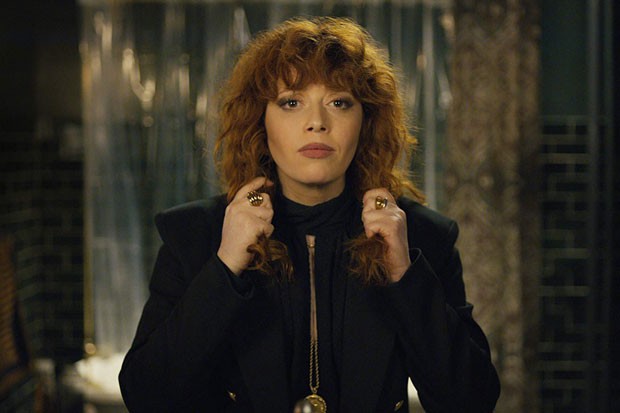 I listened to a lot of podcasts and watched even more television while still maintaining that movies are where my love really lies, but now that there's so much media to consume from a staggering number of new platforms that the lines between cinema and everything else have blurred into a slurry. I'm cool with it.

Next week we'll look at my favorite films of the year but, right now, here are a few of my top podcasts and shows.

My personal favorite podcast came to an end recently with the final episode of "Harmontown." Obviously Dan Harmon is neck deep in writing "Rick and Morty" with Jeff and Spencer, who are getting ready to launch their own new podcast, but hearing those three men get drunk together while playing D&D and extolling the virtues of having extremely weird sex with stolen department store mannequins is something I will miss forever.

"10 Things That Scare Me" managed to set my nerves to rest this year. Anytime I felt the tingles of anxiety breathing down my neck, hearing a different person talk about what scares them helped bring a sense of solidarity to my life.

If sleep ever eludes me, "Walking" puts me out almost immediately. It's just the sound of Jon Mooallem going on hikes in wooded areas. Leaves crunching, wind in the trees and water splashing against rocks. That's all it is and it's perfect.

"Earth Break" made me tune in every week to hear Jenny Slate take on the apocalypse. "Julie" broke my heart as I listened to the final days of Julie Yip-Williams after being diagnosed with fatal colon cancer. Whenever I felt withdrawn from the human race, "Love Me" made me reconnect. "Conan O'Brien Needs a Friend" never failed to make me laugh. "Everything is Alive" made me look at inanimate objects through different eyes.

All these things are beautiful and changed my brain in interesting ways. The only thing unchanged: I still don't like Joe Rogan. Dude's a dick.

I could write thousands of words talking about the shifting television landscape this year, but instead, I just wanna get into the fun stuff. There's so much I didn't have time to watch, but I'm happy to have seen what I did. 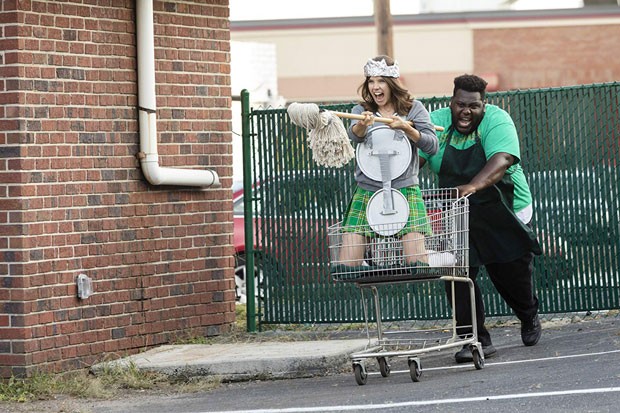 "The Mandalorian" managed to be consistently fun while adding texture to the "Star Wars" universe. "Barry" improved on the first season by somehow becoming darker and funnier simultaneously. "Lodge 49" is pure joy and easily the best show no one is watching. "The Good Place" stayed relevant and "You're the Worst" became the most incisive show about depression ever made outside of "Bojack Horseman."

The animated mind-stitcher "Undone" is a minor masterpiece and Billy Porter's performance in "Pose" is my favorite of the year. I'm not sure I saw anything funnier than "What We Do in the Shadows" except for, obviously, "Fleabag," which is my second favorite show of the year after the absolutely flawless "Russian Doll." Super hero-wise, "Doom Patrol" melted my brain and "Watchmen" reminded me of why I fell in love with comics in the first place. Ugh, there's just too much. It's almost overwhelming, the amount of quality out there, but it's a pretty good problem to have.