Podcasts, shows and other stuff you shouldn't miss this month

First spring is always something to behold in Central Oregon. Usually nestled snugly in between first and second winter, it's a lovely few weeks of blue skies, cold nights and possible random snowfall that makes the weather here so truly unpredictable. In case you're an indoor kid and need a few more things to binge between now and second spring, I've got you covered with a few delectable ideas for podcasts and shows. 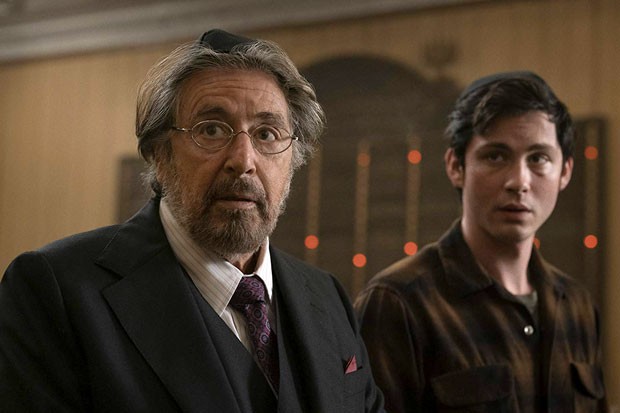 Lately the news is mostly awful. We know this to be true—but what happens when you want to stay current with events but are either too exhausted, riddled with anxiety or just plain busy to put in the time to be informed and depressed? "What a Day" has you covered. It's a 15-minute long podcast that makes keeping up with the news feel less joyless than it would otherwise. Hosts Akilah Hughes and Gideon Resnick keep it light and high energy without dumbing anything down.

There's something so relatable about "Dead Eyes" that, even in its specificity, it feels universal and heartbreaking. Connor Ratliff is an actor on "The Marvelous Mrs. Maisel" whose career almost came to an abrupt end when he was fired from "Band of Brothers" during what would have been his big break. People get fired all the time, especially in Hollywood, but what makes his story unique is that he was fired by America's dad, Tom Hanks, for having dead eyes.

The podcast is Ratliff's attempt to come to grips with that and it's unmissable.

If you're in the mood for something fictional, "Hit the Bricks" is a sequel to "The Wizard of Oz," set 100 years after Dorothy Gale arrives in the magical land. With an original score, a beautiful script and immersive voice acting, "Hit the Bricks" is so good that it's easy to imagine this being the future land of Oz.

Netflix is having a solid month of releases with the suspenseful first season of the "Stranger Things"-esque "Locke and Key" which follows a family starting over after a tragic death in their ancestral home, filled with weird and magical keys. Based on the series of comics written by Stephen King's son Joe Hill, the show is much creepier than the description would have you believe. Netflix is also about to drop the much-anticipated second season of the sci-fi mind bender, "Altered Carbon," the teen horror/comedy hybrid "I Am Not Okay with This" and a brand-new Pete Davidson comedy special, so I think the streaming giant just got my subscription dollars for another month.

So far, the real find this month has been the Amazon Prime Original Series "Hunters," which follows Al Pacino as the leader of a group of rag-tag Nazi hunters in late-'70's NYC. It's bizarre, violent, funny and deeply disturbing all at the same time, while feeling like the spiritual successor to Tarantino's "Inglorious Basterds." Watch the first episode and you'll be forced to binge the rest.