August Edition of our roundup of podcasts, streams and more

Well, I initially thought this month's column should just be me repeating, "Everything is fine!" 500 times while everything burns down around me, but I've decided to bottle it all up until I have a nervous breakdown three or four months from now. Sound like a plan? Good!

With that said, since theaters (live and cinema) have been closed for most of the year so far, I've been consuming more podcasts, movies and shows than ever before. Regal Cinemas is supposed to reopen Aug. 21, and, as much as I deeply miss the experience, it still seems like going opening weekend would be like a game of Russian roulette where the bullets are all facial particulates. 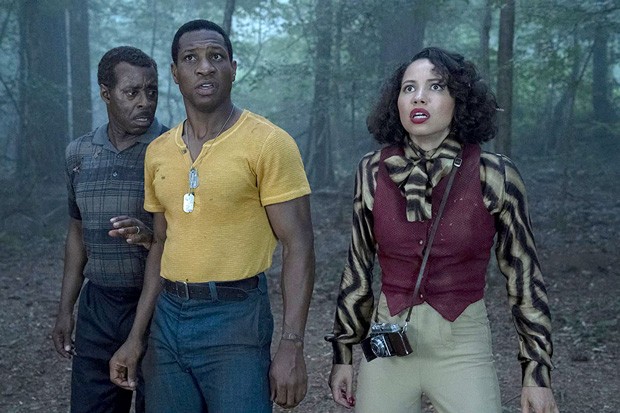 But if I want to stay a relevant critic, I'm going to need to get over myself and get my mind right for attending the theater again, which is cool because I'm excited for "Tenet," "Antebellum" and "Black Widow," but I'm still not sold on the idea that people will stay home if they feel sick. When's the last time you went to a movie and didn't hear someone coughing?

Eh, I'll worry about that stuff later. For now, let's check out some of the stuff I've been enjoying over the last month.

In Pod We Trust

For people missing live theater as much as I am, a NYC-based podcast called "Free Shakespeare on the Radio" has taken the cancellation of Broadway in stride and launched a serialized radio play of "Richard II." The cool thing about it is that it's the full cast that was supposed to perform the play for the Public Theater's Free Shakespeare in the Park—but this one is recorded over Zoom. It's honestly the most accessible adaptation of Shakespeare I've experienced since the National Theater produced "A Midsummer Night's Dream."

HBOMax is once again making a case for being the strongest streaming service out there. Just this last month it launched the hilarious and genre defying "Harley Quinn" animated series, as well as playing the spellbinding finale of the new "Perry Mason" and the finale of the surprisingly brilliant second season of the "Doom Patrol."

But the real find will be on Aug. 16, when "Lovecraft Country" premieres. The book the series is based on, written by Matt Ruff, is a jaw-dropping mash-up of Jim-Crow-era racism, dirty South travelogue and H. P.-Lovecraft-inspired gods and monsters. If the show is half as good as the source material, it will wipe the disappointing taste of the final season of "Game of Thrones" and the latest season of "Westworld" out of our collective mouths.

Also upcoming is the second season of Prime's savagely underrated "The Boys" and a new season of "The Mandalorian" in October, so maybe I will just stay inside for a few more months and let the theatrical experience pass me by. If Amazon gets working on its "Lord of the Rings" and "Wheel of Time" TV shows, I might never need to leave the house again.