This time last month I wasn't very stoked on the world. The air was an impenetrable wall of smoke, COVID-19 was more politicized than ever and it just seemed like humans were drifting further and further away from each other into a lonelier, angrier and more solitary place. I am here to gladly announce that the smoke is better. 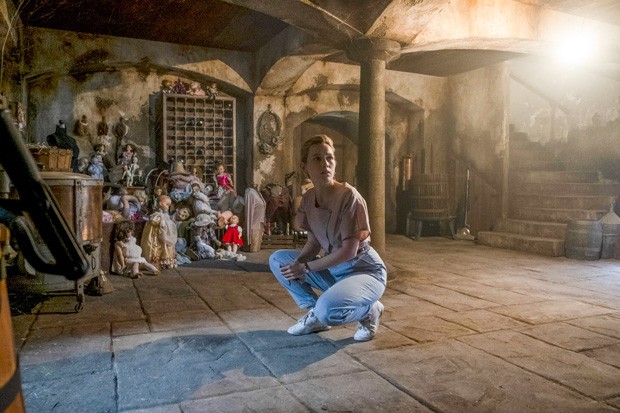 I'm sure the other stuff will improve over time as well, although certainly not before the election. I've grown tired of trying to referee the opposing factions of my life, so instead I have turned to things that go bump in the night. As much as I love horror movies and podcasts all year round, something makes them just a little bit sweeter during the fall and deep into October. I've been deep diving this month and trying to consume horror that I've never seen (or heard) before, so I've managed to discover some absolute gems and some outright trash. Check it out.

I've become a little obsessed with "Campfire Radio Theater," a podcast so expertly curated and edited that it feels like the next evolutionary step between the radio plays of yesteryear and the future of scripted online storytelling. The sound design is binaural and captivating, making the headphone experience necessary, while inverting horror tropes so flawlessly that it makes stories about zombies, cults and cannibals feel surprisingly fresh.

"Light House" feels like a throwback to a simpler time, telling one story across 10 episodes, multiple time periods and a single season. It starts off slow, but eventually burrows its way into your subconscious and becomes an unmissable part of your week. Fans of "The Haunting of Hill House" will be in heaven.

The new series "Monsterland" on Hulu is so much more disturbing than I expected, filled with things like shadow people, vengeful spirits and metaphysical parasites, but set in our world of school shootings, broken homes and child abuse. It's pure horror but character driven and emotionally real, with each episode set in a different state, making America its own deeply scarred character.

The long-awaited spiritual sequel to "The Haunting of Hill House" (Netflix) has finally arrived and it was very worth the wait. "The Haunting of Bly Manor" is much more of a slow burn than the original but, as an adaptation of Henry James' "The Turn of the Screw," it feels much more economical in its storytelling and ruthless in its scares. It's truly high-class horror from the current master of horror, Mike ("Doctor Sleep") Flanagan.

While the creative juices of "The Walking Dead" (AMC+) might be a little stale, the new spin-off series "The World Beyond" is surprisingly fresh, telling the story of a group of teenagers walking from Nebraska to New York in a world 10 years into the zombie apocalypse. It's surprisingly scary and well written, making the show captivating outside of the usual zombie shenanigans.

I'd also be remiss if I didn't mention the brilliance of "Lovecraft Country," (HBO) effectively fixing every single thing that didn't work in the original novel by focusing on period and character instead of goofy storytelling tropes. The episodic nature of the story itself makes each episode feel like its own little horror movie while a genre defying mash-up of Jim-Crow-era bigotry and racism mixed with Lovecraftian monsters keeps the entire thing feeling like an expertly sustained tight rope walk.