Hello, lovelies. I'm partially writing this from the emergency room, as I just recently slipped on some ice and ripped open my elbow, so pardon me if I ramble because blood loss and hunger are combining to make me something of a blubbering mess. 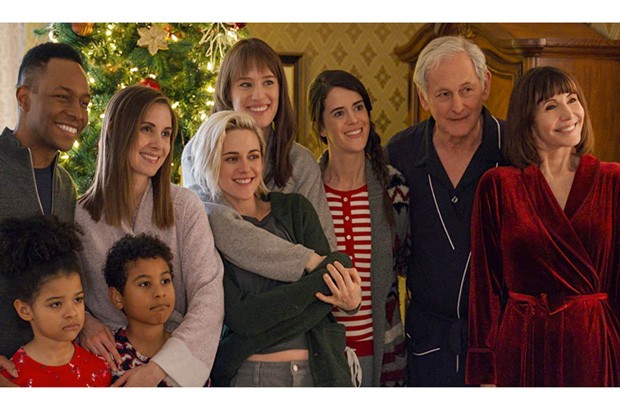 I gotta tell ya, I'm not feeling the holidays this year. I already was feeling the humbuggery before shattering my aged body, but now I just want to spend the next three weeks under a comforter while my cat slowly begins to eat my feet. But I know my family won't let me go full hermit, so I've been listening to holiday themed podcasts and watching as many Christmas movies as I can in hopes to find the spark of Noel buried deep in my bruised and battered person. Here's a few things that I've enjoyed so far, just in case you need a boost like I do.

The biggest thing I'm trying to recapture this holiday season is my nostalgia for Christmas. I don't necessarily need to have the same relationship with Christmas as I did when I was a kid since I don't have the same obsession with presents or ham, but I want to find a middle ground where I can enjoy the holiday for what it is. "Christmas Past" has been helping with that, because it's filled with the backstories for random Christmas traditions that I've never thought made much sense. Seriously, the episode about sugar plums will blow your mind. Host Brian Earl brings so much warmth to the show that he really makes it feel like Christmas all year round.

"Five Tree Christmas" is also a delightful breakdown of what makes the holidays such a specific joy. The show does five-minute reviews of Christmas movies, some of which are literally the worst-sounding movies of all time. Check out the review of "Never Kiss a Man in a Christmas Sweater" and hopefully you'll giggle as much as I did.

Every year a few hundred new Christmas/seasonal movies get released with maybe one or two of them being somewhat decent. While there have been a few I've enjoyed, nothing this year (so far) has even come close to the animated masterwork "Klaus" from last year. That film knew how to distill the magic of Christmas into something tangible and pass on some of that wonder to the viewers.

If you need some Christmas magic in your life, “Jingle Jangle” on Netflix should most definitely deliver. tweet this

With that said, "Happiest Season" was a really wonderful surprise. Kristen Stewart and Mackenzie Davis as a loving couple is about the best casting I could imagine, and the story of coming out to conservative parents during their holiday party is a solid one. That, combined with a supporting cast featuring Dan Levy, Alison Brie, Aubrey Plaza, Lauren Lapkus and Victor Garber, keep the laughter and warmth flowing the entire running time. A genuine joy to watch.

Also, holy hell, where did "Jingle Jangle" come from?? Pure cinematic magic that should be watched on the biggest and loudest screen possible. Easily the best musical I've seen all year and featuring truly lovely performances by Forest Whitaker, Keegan-Michael Key and Phylicia Rashad. The songs for this (especially "Make it Work") have been stuck in my head for days.