How is February shaping up for everyone? Have things slowly started feeling like they're getting back to normal? I still mostly work from home, mostly just talk to my cat on a lot of days and still watch a lot of movies and listen to way too many podcasts. Wow. That should be my dating profile. Anyway, I hope life is feeling brighter for most of you and the days are filled with sunshine, socially distanced hugs and laughter. With that said, here are a few things that have been making me feel a little more connected this month. 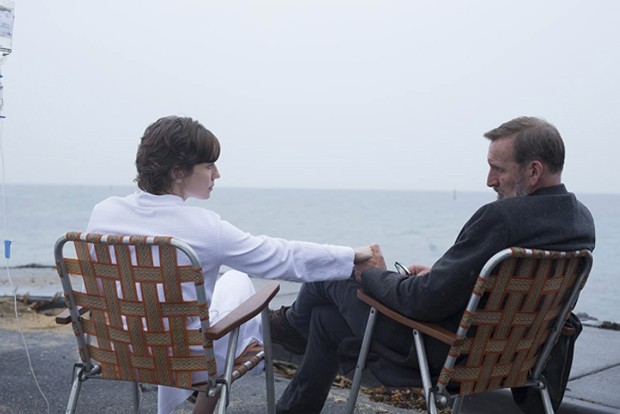 Over the last year, one podcast that has helped me immensely is "Griefcast," hosted by comedian Cariad Lloyd and focused on a different guest each week who talks about the death of a loved one. I know that sounds profoundly depressing, but the podcast is a life-affirming and deeply human look at how we cope with pain. There's so much warmth and compassion in this series that it immediately inspires feelings of kindness and empathy that really come in handy right now.

I've also been a little obsessed with the eight-part BBC production of "The Battersea Poltergeist," an extremely fascinating look at a haunting that might make you a believer. It's deeply unsettling and well performed by the actors recreating the story of the Hitchings family, but then host Danny Robbins also tells the story of his own current investigations into the story. Fans of true crime and those creepy-ass Netflix murder documentaries will have a field day with this.

Netflix and Hulu have so much content that it’s basically just them throwing everything at the wall to see what sticks. HBOMax feels curated, like they care about the quality of content they stream. Don’t get me wrong, there’s some trash on there, but I’m starting to feel like HBOMax might be the only streaming service that’s indispensable. tweet this

I feel like when people talk about the current streaming service wars, most of the conversations center around Netflix, Hulu and Disney +, which is sad because most of you are straight sleeping on HBOMax. It's insane the amount of quality content that's on the site that people are overlooking. You've got the entire back catalogue of HBO shows like "The Leftovers" and "Deadwood," all of Studio Ghibli, all the DC comics cartoons like "Batman: The Animated Series" and a ton of movies from the Criterion Collection.

Last week I did a double feature of Christopher Guest's all-time classic "Waiting for Guffman" and the Coen brothers' debut film "Blood Simple" without ever leaving HBOMax. On top of all the movies, the new season of "Last Week Tonight with John Oliver" just started up again, the incredibly creepy Spanish series "30 Coins" is about to launch its season finale and "Search Party" was just renewed for another season.

Netflix and Hulu have so much content that it's basically just them throwing everything at the wall to see what sticks. HBOMax feels curated, like they care about the quality of content they stream. Don't get me wrong, there's some trash on there, but I'm starting to feel like HBOMax might be the only streaming service that's indispensable. Who am I kidding? I can't quit you, Netflix.