Has everyone had a beautiful month? I know many more people are tentatively venturing back out into the world, so I have a feeling that this month most of us have maybe watched fewer movies and shows than we have in the last, say, year and change. Not me, though. I'm such a dedicated and thoughtful film critic that I doubled down on watching more movies and shows and listening to more podcasts. Kidding. I'm mostly just antisocial, shy and never really slow down on watching stuff. Here are a few of the things I've been loving in the beautiful month of March. 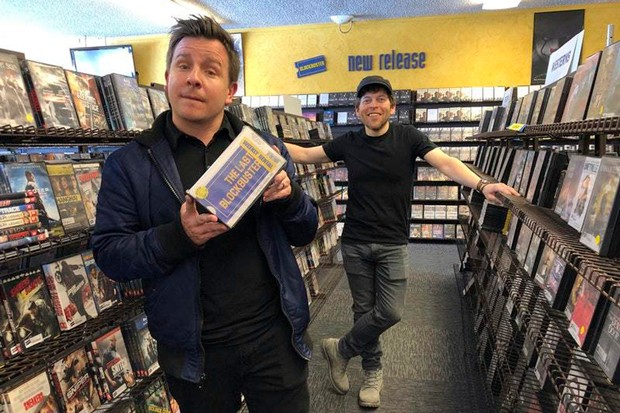 For those of us missing road trips and seeing weird spots of the country that we haven't been to before, the podcast "Rest Stop" is a much-needed breath of wide-open air. The 'cast is a virtual road trip across the U.S., checking out weird and wonderful roadside attractions. The episode about Minnesota's giant ball of twine manages to be simultaneously nostalgia-fueled and anxiety-inducing when thinking about getting to travel again. I have zero interest in ever seeing the giant ball of twine, but "Rest Stop" makes me feel like I already have.


"How to Do Drugs" is a brand-new podcast that allows the audience to hear some extremely insane stories about drug binges, first-time dabbling and everything in-between. New York comedian Alia Janine tells more delightfully specific stories about recreational cocaine use than any human beings need to hear about. The podcast doesn't condone or condemn drug use; instead, Janine finds a balance of hilarious and heartfelt that keeps everything feeling genuinely conversational and fascinating. It's one hell of a podcast for anyone interested in the good old fashioned world of recreational drug use.

I feel l need to mention here that Taylor Morden and Zeke Kamm's documentary, "The Last Blockbuster," is officially streaming on Netflix, which the word "ironic" doesn't even seem to completely cover. If you haven't had a chance to see it, Central Oregon is a main character in the film and the idea of Bend as a town is one of the driving points of this lovely documentary. I'm also in it, if that influences your viewing choices one way or another.


Also, listen, HBOMax's "Tom and Jerry" isn't a good movie by any stretch of the imagination, but watching it a little bit drunk was the most fun I've had watching a movie in a month or two. It's big and goofy and fun and anyone who grew up watching the original cartoons will find something to love in this movie, especially if they have good memories of watching "Who Framed Roger Rabbit."

If you're after something on the lighter side that you don't need to drink to watch, Amazon is showing the "Sonic the Hedgehog" movie and it's absolutely delightful. Jim Carrey gives his funniest performance in ages and James Marsden does his damndest to remind people why he should be a leading man. It's cute and fun and legitimately action packed. Tell me what you thought about it next month!