May's edition of podcasts and shows

So, for the last few months I've been putting together a book of poetry that compiles some of the pieces I've written over the last 10 years. It's called "The Sad Bastard Chronicles" and, as you might have guessed, the book is filled with some pretty heavy memories that have, as the kids used to say, put me deep in my feels. So, I've been combatting that by watching and listening to some lighter stuff this month.

No true crime, no politics and no media that reminds me of the shimmering void of nothingness that is my soul. For anyone else feeling like they're feeling just a little too much right now, here are a few recommendations. 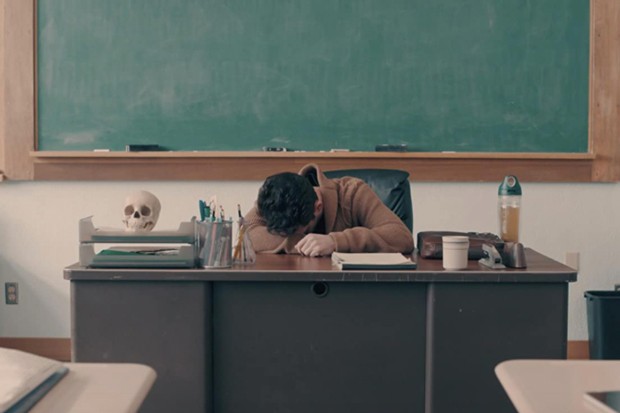 I listen to some pretty depressing podcasts, so finding something that just gives me the warm and fuzzies hasn't been the easiest. Honestly, one of the things that's helped me the most over the last month was starting my favorite podcast of all time, "Welcome to Night Vale," over from the beginning. As of this writing, there have been 187 episodes, plus several live shows that tell completely new stories set in the world and three novels (the newest of which, "The Faceless Old Woman Who Lives in Your Home," might actually be the best thing creators Jeffrey Cranor and Joseph Fink have written so far).

"Night Vale" tells the story of Cecil Gershwin Palmer (voiced by the incomparable Cecil Baldwin), who hosts a radio show for the Night Vale community radio station and spends every episode sharing the weird comings and goings around the bizarre desert town he calls home. The thing I love about Night Vale, the fictional town and the podcast, is that it's constantly taking ideas that at first seem bizarre and absurd, and as then slowly giving them enough context and history to make them feel mundane. There are levitating cats, secret police who watch the residents' every moves, an intelligent and dangerous glow cloud that's on the cool board, a group of panhandling angels all named Erika and scientists with beautiful hair. And those are just from the first few episodes.

At first, "Welcome to Night Vale" seems like it's just pouring weird ideas on top of even weirder ones, but eventually Cranor and Fink start tying all the plotlines, characters and threads together and you realize you've just been seeing pieces of a massive mosaic and have been in safe creative hands all along. The show isn't just absurdism for absurdism's sake, but actually a brilliant look at community, love and friendship that, when all is said and done, will be considered one of the finest pieces of long-form storytelling of the last 20 years.

You should be watching "A.P. Bio" on Peacock. It's funny and heartfelt and a little bit beautiful. The show is basically based on what if Dennis Reynolds from "It's Always Sunny" was a high school science teacher who's angry and depressed and refuses to teach science. Currently the funniest series that's exclusively streaming on a platform. I'm not even gonna recommend anything else in this section, just "A.P. Bio." It'll make you feel better.