June Edition: A prediction for "Sweet Tooth," a comforting podcast from "Frasier"

Happy beginnings of summer, everyone. Now that blockbusters are starting to hit movie theaters again and people are actually going to them (sorry "Tenet"), it feels like things are getting back to normal more than ever. Since I'm a sucker for the theatrical experience, I've been psyching myself up for entering the public sector again by streaming as much as I possibly can in order to get sick of myself and actually enjoy being around people again. It's not working as well as I'd hoped because I'm absolutely delightful and now I wonder if I can just keep quarantining indefinitely and avoid humanity altogether. Anyway, there's a ton of cool stuff I've discovered over the last month as well as a few things coming up I'm entirely too hyped for, so let's dive in. 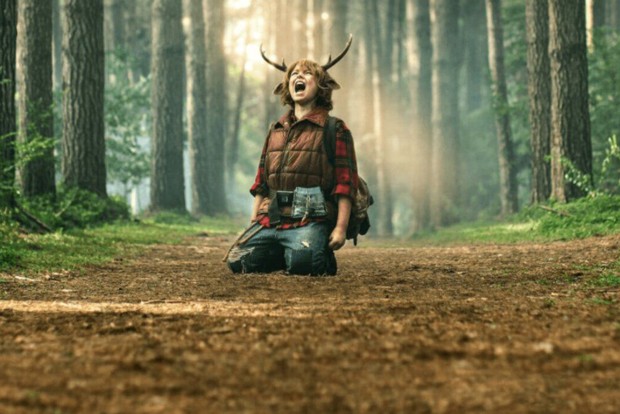 One of the shows that kinda helped me not think about the state of the world over the last year and change has been "Frasier." There's a predictability to the behavior on that show that was really comforting to me, and I could watch it without worrying about anything else aside from the contained little bubble of their world. "I'm Listening: A Frasier Podcast with Anita Flores," has been a wonderful companion piece to the series, giving me things to think about that the show never did.

The newest episode has Flores bring on horror super fan Oscar Montoya to discuss how the cast of "Frasier" would fare if they all existed in a horror movie. It's legit one of the most entertaining discussions I've heard all year and now I can't stop thinking about Niles facing off against Freddy Krueger in some weird dream library. Maybe I do need people.

I don't make many predictions in this column because it's usually pretty hard to guess what the public is going to latch onto from streaming services ("Tiger King," anyone?) but I'm going to go big and predict that the upcoming (on June 4!) Netflix original "Sweet Tooth" is going to be a "Stranger Things"-level banger.


Based on the absolutely flawless comic by Jeff Lemire and created by Jim Mickle, the beautiful mind behind the wonderful "Hap and Leonard" TV series, "Sweet Tooth" tells the story of a post-apocalyptic world where a virus destroyed most of society and culture. This virus is a weird one, though, as it has created a new species: hybrid children who are half human and half animal. A deer boy named Gus and a badass killer named Jepperd team up to travel across the barely recognizable landscape of apocalyptic middle America to discover the origins of the virus and to see if there's a chance to save the world. Looking at the trailer and the strength of the source material, "Sweet Tooth" is going to be a an achingly empathetic look at what makes us human. I'm calling it now. This is gonna be the show of the year.